by Hero @Lonely TravelogPosted on September 18, 2013

For the first time, Mid-Autumn celebrations are held at Gardens by the Bay from 13 to 22 September 2013. Often associated as mooncake, lantern or harvest festival, this annual celebration is not just about chomping on mooncakes and carrying pretty lanterns, but to commemorate the selfless act of Chang’ e, the wife of a merciless ruler. Many centuries ago, she drank the elixir of immortality to put an end to her husband’s evil deeds. Set aside, there are other tales connected with Mid-Autumn Festival. This is the time of the year to admire the lantern displays and savour Chinese delicacies during the ongoing festival. There are variety of performances and activities for families awaits throughout the 10-day festival, which is organised by SPH Chinese Newspapers Division (CND), People’s Association Passion Arts and Gardens by the Bay.

A row of lanterns greeted visitors inside the Flower Dome conservatory. Make sure you are armed with a camera and indulge in a snapping of your own. Do remember to  add a unique caption to your photos and upload it to Instagram with the following hashtags – #midautumnatgb and #gardensbythebay

I decided to visit the Flower Dome in the evening instead to experience the magical display. The cooled conservatories extended the admission hours till 11 pm to allow visitors to admire the enchanting display of lanterns and flowers a tad longer.

Traditional mooncakes are embossed with Chinese characters for “togetherness” or “harmony”, as well as the insignia of the baker and the fillings inside. I believe new generations of mooncakes have evolved with taste and dietary needs especially the ones with ice cream fillings!

After my visit to the cooled conservatories, I took a short walk to The Meadows and noticed this mighty T-Rex lantern displays which is elaborately crafted to a “Jurassic Park theme”. You don’t have to pay any bucks to view the display at The Meadows. 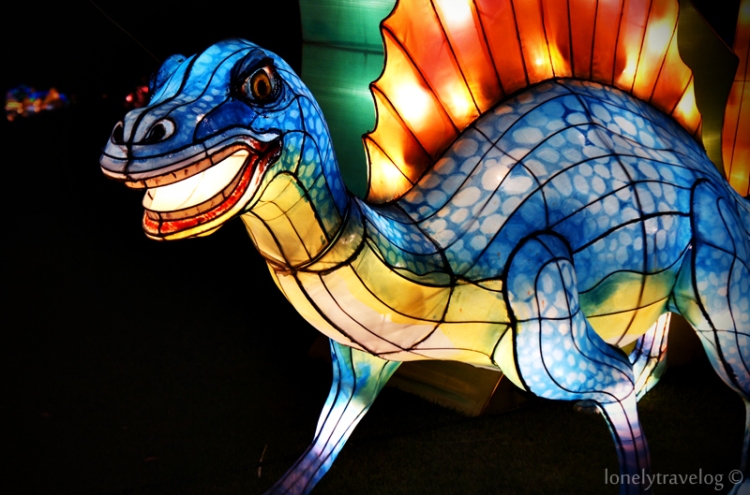 Some of the lantern displays theme to look out for are the Dragonfly Lake, Birds and Insects Paradise and World of Fairy Tales.

The hardworking ants are some of exquisitely crafted lanterns depicting mythical and legendary characters which provide an engaging and insightful perspective of Chinese traditions, arts and culture. 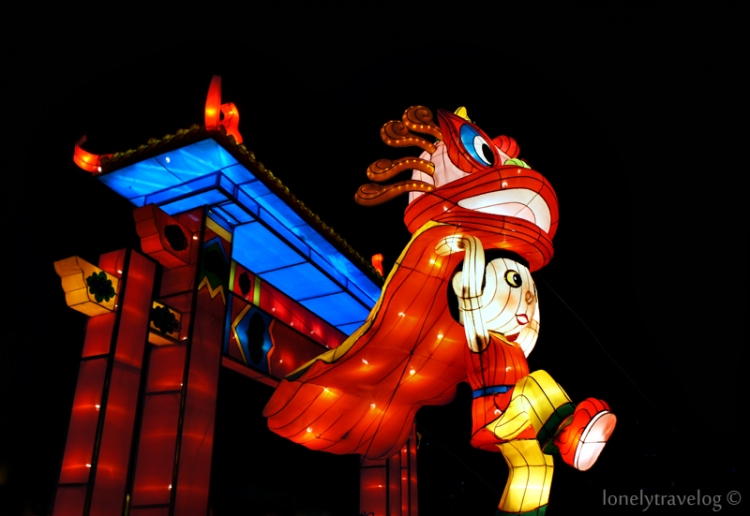 Mid Autumn Festival at Gardens by the Bay not only attracts the Chinese but for all races. There are themes for the different ethnic group such as the Malay and Indian community. This is one perfect example of Singapore being a multicultural city-state. Kudos to the organisers! 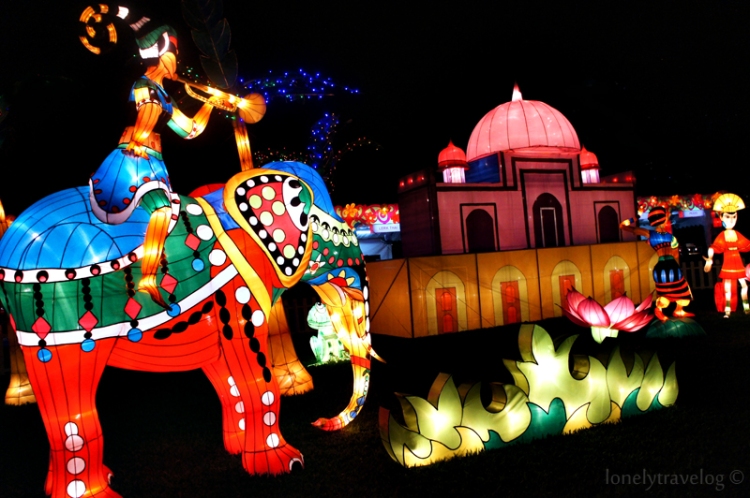 Giant lantern display at the Dragonfly lake, Gardens by the Bay.

Special thanks to Gardens by the Bay! Catch the free outdoor lantern displays and performances from 13 to 22 September 2013. In conjunction of the Mid-Autumn Festival, enjoy 15% off admission rates to the cooled conservatories. Click here for list of activities.