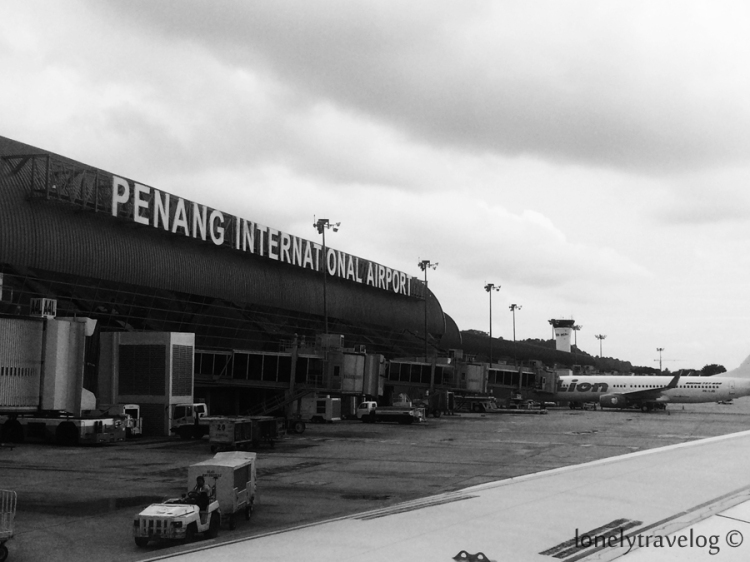 I took off to Penang via SilkAir in the morning, an hour flight from Singapore. Malaysia has a total of 4 UNESCO World Cultural Heritage Site; Historical city of Georgetown and Melaka, Mulu National Park in Sarawak and Kinabalu National Park in Sabah. Penang goes all the way back to 1700s when Captain Francis Light took possession of the island on behalf of the East India Trading Company that the state truly began to flourish and soon afterwards he established Georgetown. Let me take you to the Pearl of the Orient – a fitting title bestowed to this fair island.

Transportation in Penang:
Upon arrival at Penang International Airport, only white taxis are made available. The airport taxi staff at the counter will ascertain the direction you are heading before issuing a voucher with the correct distance fare.

In Georgetown, there are free shuttle services to historical sites and the service runs in a loop but the frequency isn’t great though. You can find taxis in abundance around tourist attraction but be prepared to hone your haggling skills!

Armed with my itinerary and suggestions from my fellow blogger Khai, I am all set to explore this 1,048 km2 Island. The view facing my hotel room is the famous KOMTAR, one of the city’s most visible structures and prominent landmarks in Penang. Sad to say the building is pretty much dilapidated but it is a useful landmark to navigate your location.

Opulent, dignified and down-right gorgeous. The Eastern & Oriental Hotel is a tranquil haven in the heart of Penang. Four Armenian brothers, the Sarkies, establish some of the world’s greatest hotels in the East, including The Raffles in Singapore and The Strand in Rangoon. E & O is indeed one of Asia’s truly great hotels! 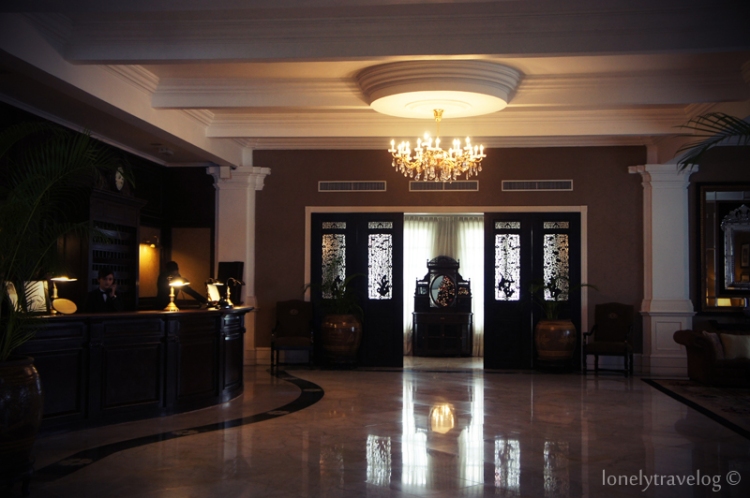 Georgetown is well-known for its Street Art. I like the idea of tapping the creative talents of street artists and illustrators as a way to transform public spaces and old buildings, new again. While I prefer to explore on foot, others may prefer to rent a bike instead. 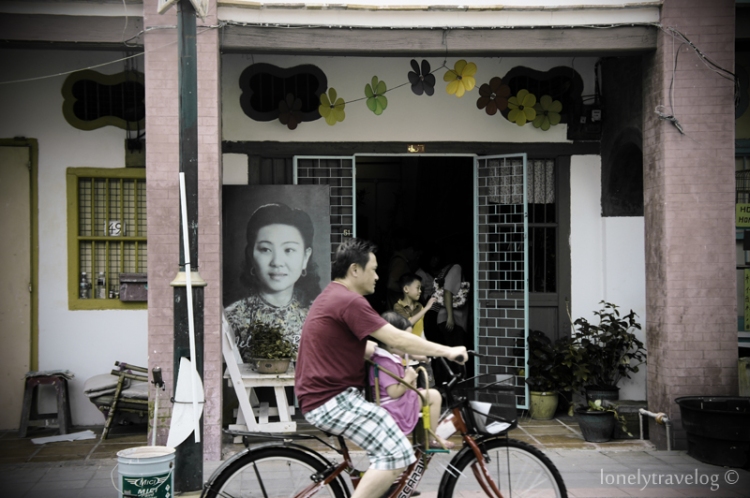 The charm that Penang has today lies in its diversity and the influences of multi-culture society. 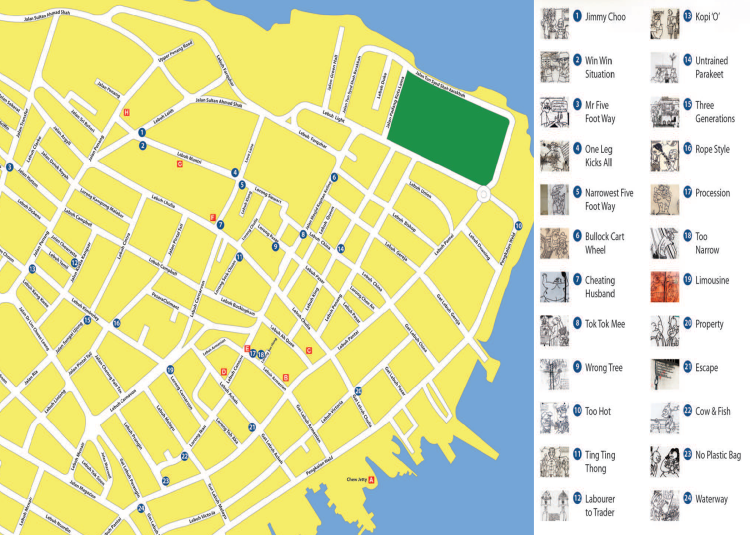 As I began my mission to find those murals, I walked past the Stately Grandeur, Kapitan Keling Mosque. With its Moghul-style domes adorned with crescents and stars sitting on exquisite Gothic, Moorish and Roman arches and towering minaret, the mosque which was originally a humble single-storey brick structure, now stands a regal landmark and one of the country’s most beautiful and historically rich mosques. 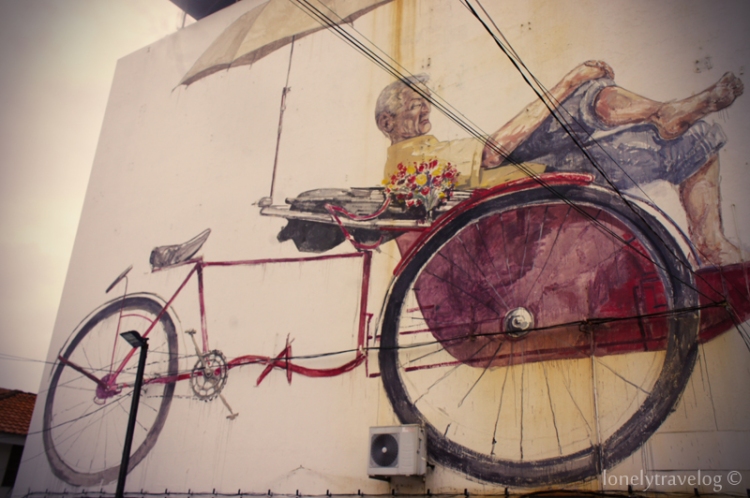 Since its inscription as a World Heritage Site, Georgetown has developed itself as a vibrant showcase for street art. This mural titled “The Awaiting Trishaw Paddler” by Desmond Yeo.

Every street has its own unique story. For instance, Love Lane, claimed the name originated from its association with the local Chinese rich who kept their mistresses by the adjacent road, Muntri Street.

In conjunction with the 2012 George Town Festival celebrations, London-trained Lithuanian artist Ernest Zacharevic was commissioned to paint Mirrors George Town, a collection of murals within the inner city. Titled “Little Children on a Bicycle”, this mural is located at Armenian Street. 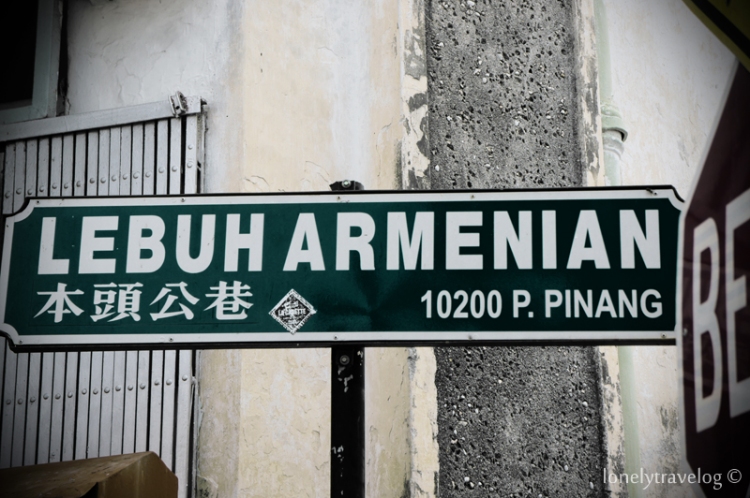 Armenian Street inhabited by the Armenians 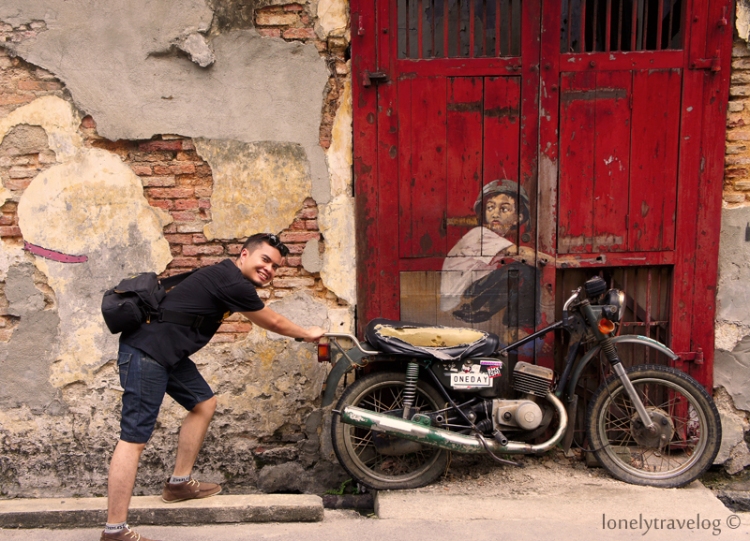 One of the most visible influence that you can see in Penang would be the architecture that stood over for centuries. 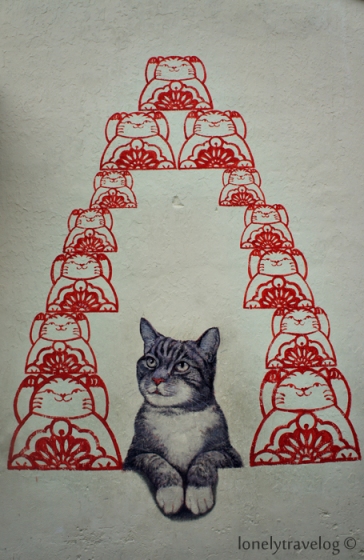 “Love Me Like Your Fortune Cat”. Fortune cats are cat dolls that are often found in Japanese and Taiwanese restaurants, particularly near the cash register, beckoning patrons into the shop. Such dolls, called maneki-neko in Japanese, are believed by shopkeepers to bring good business.

“Skippy” the giant cat mural, is an art project to create awareness towards stray animals. 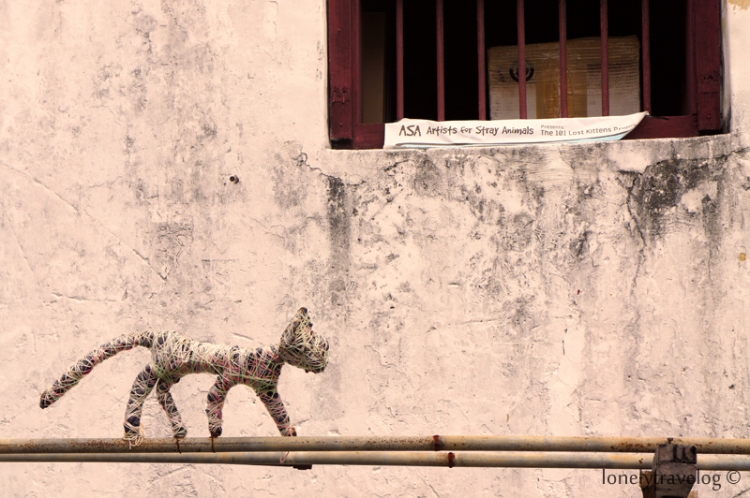 Learning basic hokkien the ‘art’ way! This mural is located at the corner of Lebuh Armenian and Lorong Soo Hong. 10 concrete drain covers were drawn a Romanised Hokkien expression such as Gui Lui (How much money?), Chiak Pa Bui (Have you eaten?) and Chui Ta (Thirsty), with translations.

Walking through the streets of Georgetown is a memorable experience that should not be missed. Be prepared to give a little patience, preparation and perspiration and you will be rewarded with an amazing discovery of the history, art and culture of a vibrant diverse city.