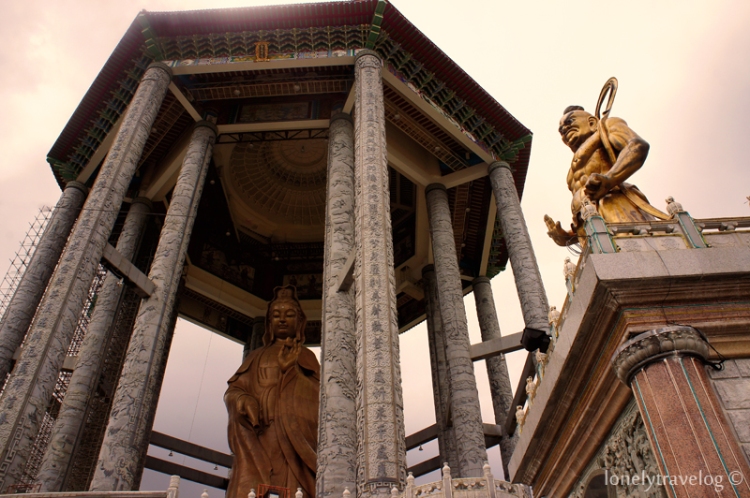 Kek Lok Si or known as the Temple of Supreme Bliss, located at Air Itam hilltop is a beautiful Buddhist temple in a rural setting. Founded in 1890s by an immigrant Chinese Buddhist, this temple is said to be the largest in Southeast Asia. This temple draws throngs of visitors during the Chinese New Year. I took the easy way by hiring a cab about RM60 to the Kek Lok Si and Penang Hill.

The giant statue of Kuan Yin, the Goddess of Mercy. The 30.2m bronze statue is one of the highlight. I was told the pavilion was recently built to shelter the statue.

From the hill, you are able to enjoy the view of Georgetown. 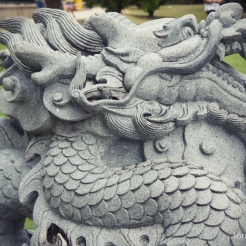 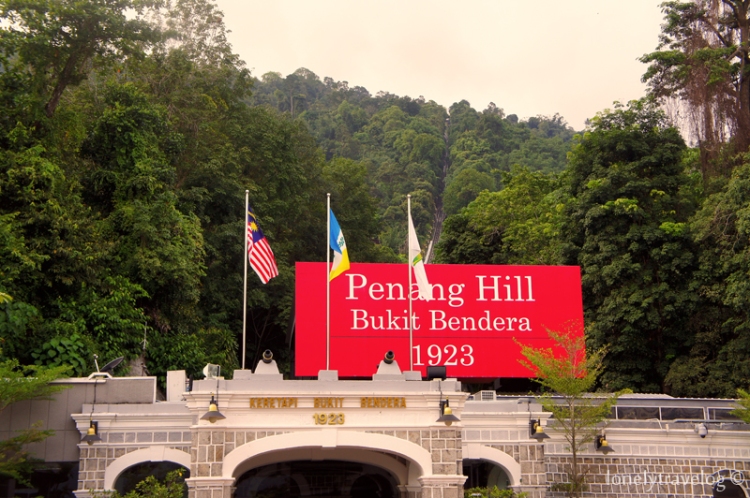 Penang Hill or Bukit Bendera is pretty near the Kek Lok Si (by car). The hill with elevation of about 833m attracts both the locals and foreigners. Penang Hill is one of the oldest colonial hill station established by the British to escape from the chaos of George Town to the cooler climate on the hill. 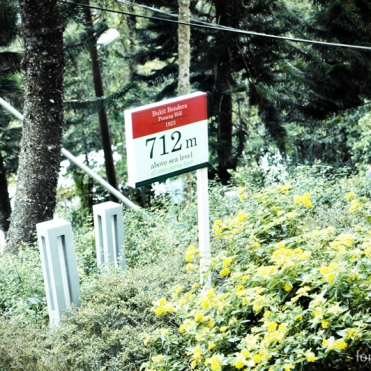 To get to the hill top, one need to hike up or ride up the famous Swiss made funicular train. I chose the latter option for RM30 per person for non resident. Go on weekdays if you want to avoid the snake queue. 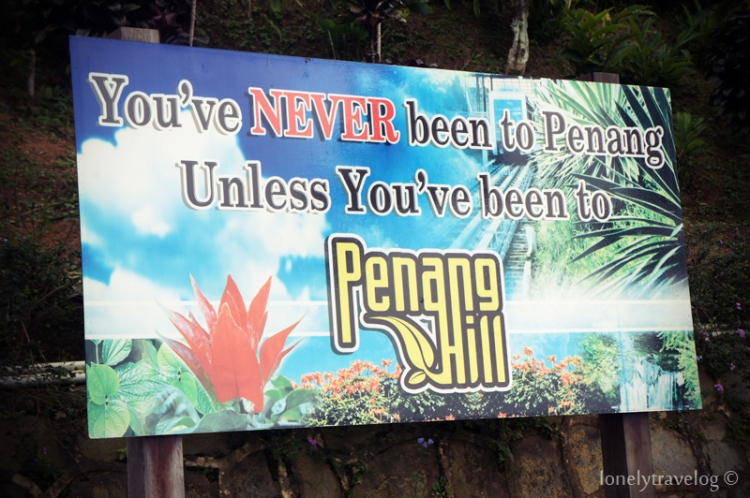 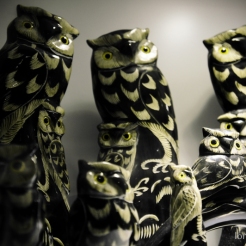 For RM10, you are able to visit The Owl Museum. Deemed as the first in Southeast Asia, I find this not worth to visit to. It is more like a gift shop rather than a museum.

The Penang Hill Mosque cater the Muslim workers and residents who reside on the hill..

Penang Hill is worth to explore by foot or hire an electric buggy for RM30. See if you can spot the red Victorian post box.