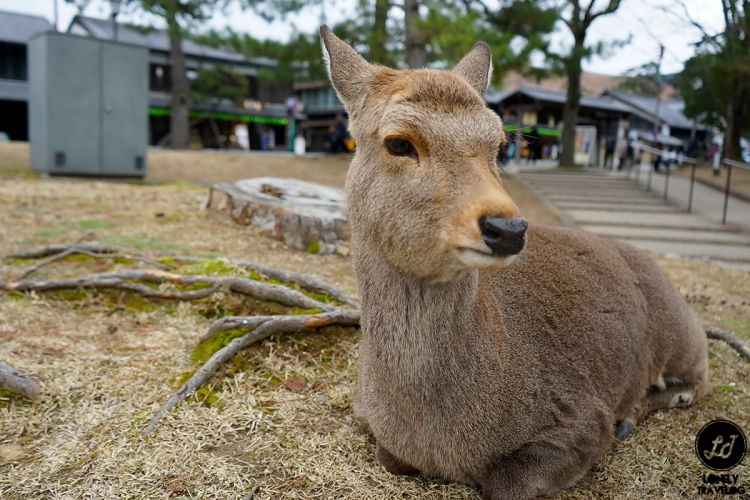 Aside from Kyoto, Nara is also known for the richness and beauty of its temples. Japan’s first permanent capital is a compact city that is suitable for day trippin’ from either Osaka or Kyoto. Getting there is relatively easy, I took the JR Nara Line Rapid from Kyoto Station and reached Nara Station 45 minutes later.

Nara is also known where hundreds of free-roaming deer reside. During winter, their hair coat is thicker, longer, and darker so their spots are not as distinct. The Nara Park is just a stone’s throw away from the JR Station.

Feeding the deer is a fun activity. You can purchase the treats for 150 yen. 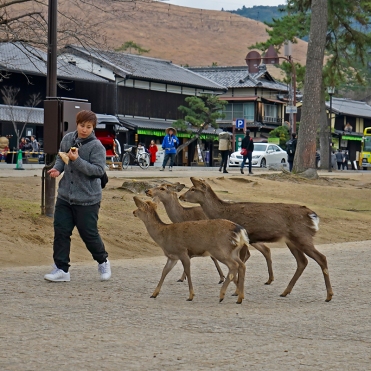 These deer are tamed and polite. If you bow at them, some of them will graciously bow back. 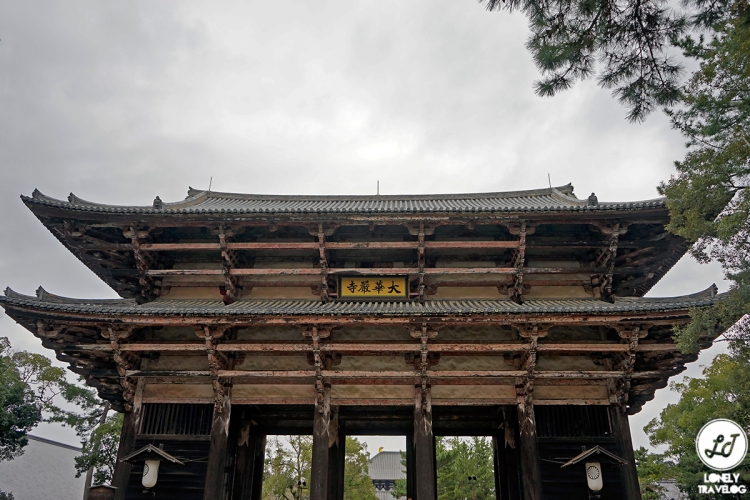 Todaiji Temple is located within the grounds of the park. Nandaimon Gate is a large wooden gate watched over by two fierce looking statues. In fact, the gate and the statues are designated national treasures.

Deer in front of the Nandaimon Gate 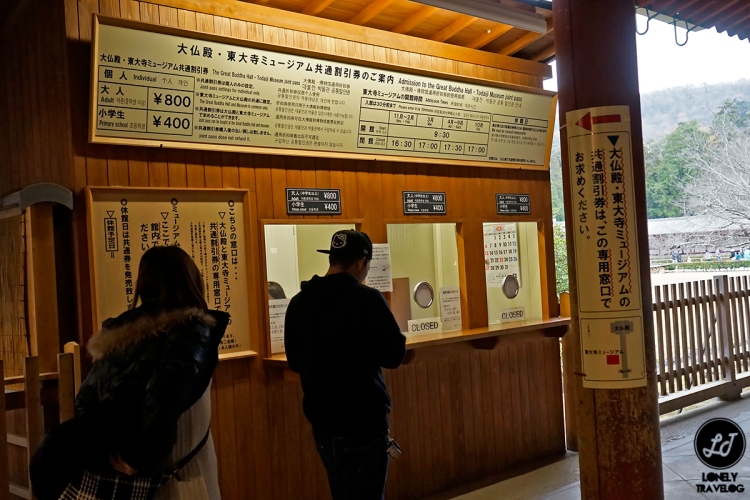 Todaiji’s main hall, the Daibutsuden (Big Buddha Hall) is the world’s largest wooden building. The temple is a listed UNESCO World Heritage Site as one of the Historic Monuments of Ancient Nara.

Tōdai-ji or the Great Eastern Temple, is the Japanese headquarters of the Kegon school of Buddhism and one of Japan’s most famous and historically significant temples.

According to records kept by Tōdai-ji, more than 2.6 million people in total helped construct the Great Buddha and its hall. 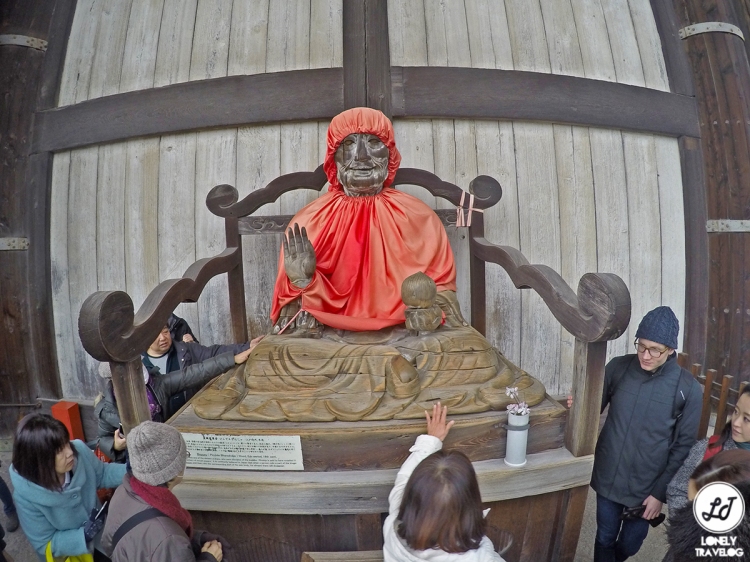 The wooden statue of Binzuru dating from the 18th century in the Edo era sits on the porch of Daibutsuden. It is commonly believed that when a person rubs a part of the statue and then rubs the corresponding part of his own body, his ailment will disappear. 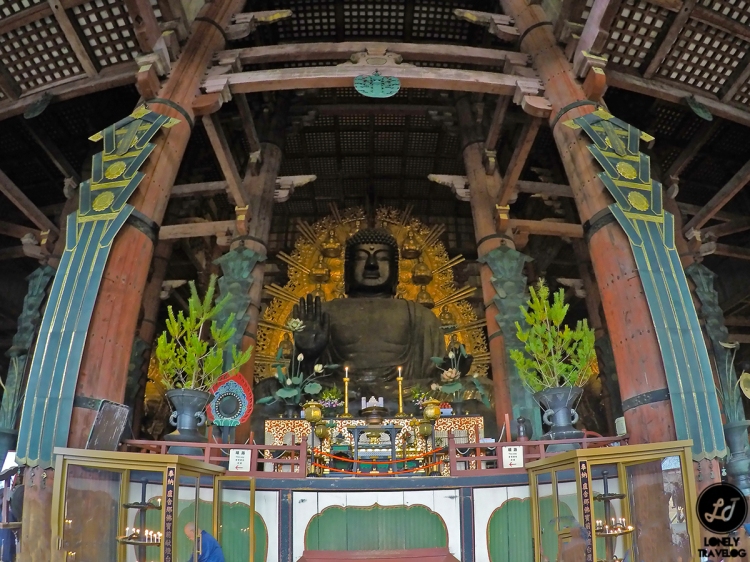 The 15-meter tall seated Buddha consists weighs over 500 tons, which consumed most of Japan’s bronze production and nearly left the country bankrupt. 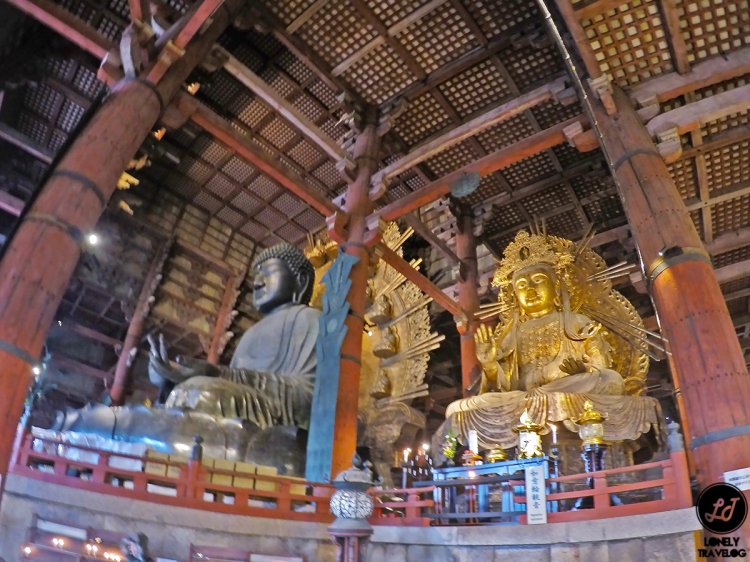 The biggest bronze Buddha in the world. 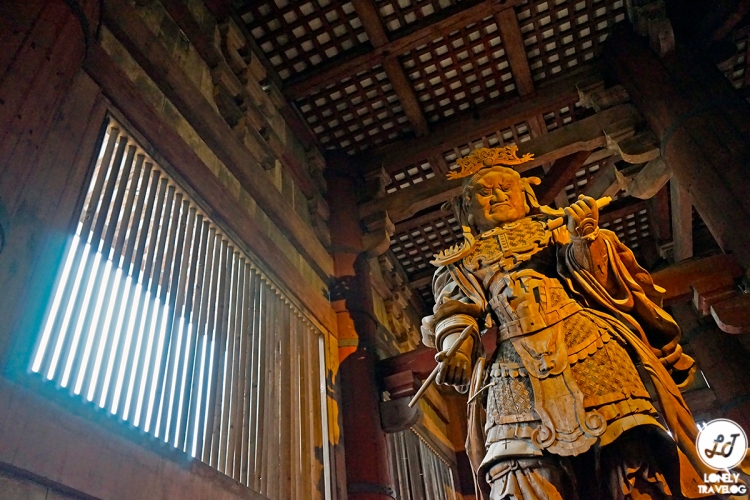 If you wish to book a day tour, visit Klook for more details.