by Hero @Lonely TravelogPosted on January 13, 2013

If you’re an avid stamp collector, Philatelic Museum provides in-depth sight of postal history and its stamps from all over the world. I find this is one of the quirkiest museums in Singapore. The first philatelic museum in Southeast Asia appreciates Singapore’s history and heritage through philately. The 2 storey building itself is a national heritage, formerly part of the Anglo Chinese School until it was restored to become the present museum. Even though the museum is pretty small, it has extensive collections to suffice your savoury of stamp.

The museum’s souvenir store located near the entrance sells all sort of item related to stamps which include stamp folios, postcards, replica post boxes, book publications and many more. Even if the exhibits aren’t quite your cup of tea, it’s worth dropping by the souvenir store to choose a postcard or two from the impressive range on sale there. 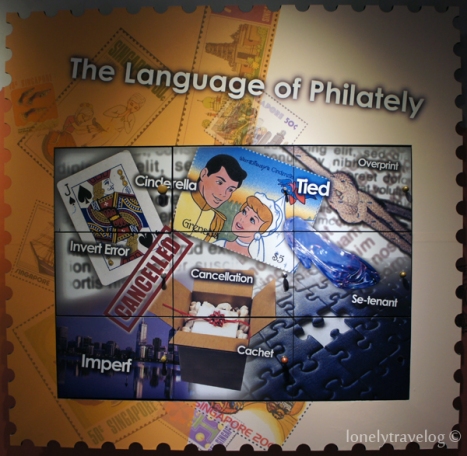 Here are the jargon used in philately. For example, Se-tenant, a French word which means “joined together” are stamps that are printed from the same plate and sheet and adjoin one another.

Above is an example of se-tenant stamp. Today, stamps are issued in the form of stickers. With the convenience of technology such as emailing, the hobby of stamp collection no longer attract the younger generation.

For those who are not familiar with that logo; Singapore Telecoms in 1990s (Now, Singtel) 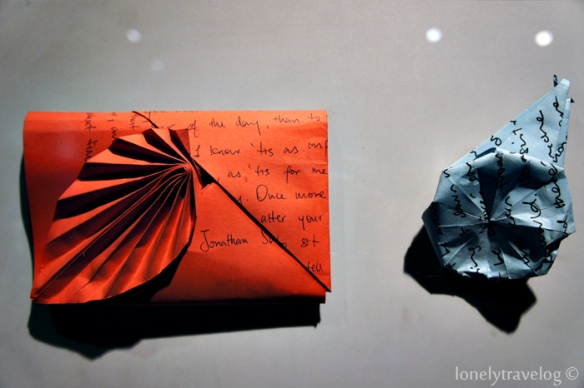 Letter folding. I wonder how many of us actually fold their letter in such way. 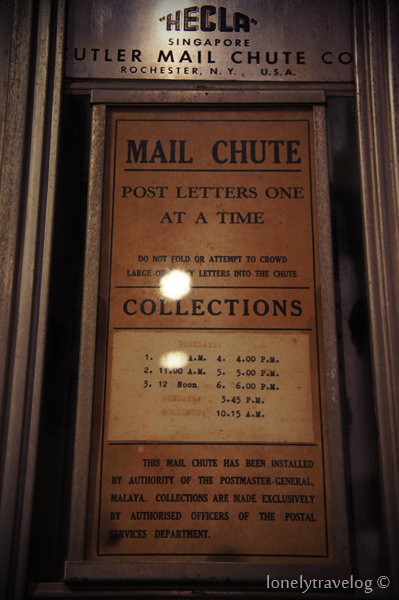 Lamp Posting Box was designed to be attached to street lamps, walls and poles. This posting box was used in Singapore during the reign of King George VI. 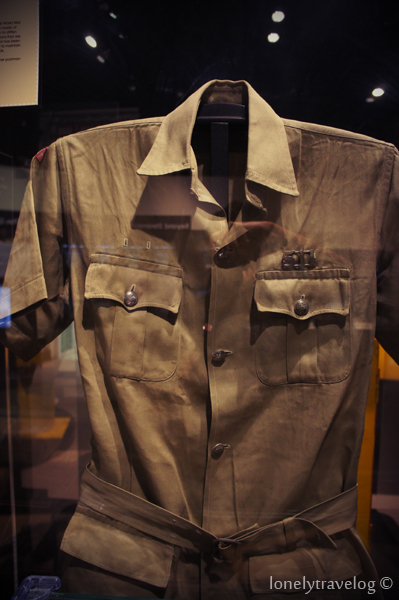 Philatelic Museum somehow manages to transform the mundane into an engaging celebration of stamps and their history. “Spice is Nice” exhibition traces the voyages of discovery, spice trade, colonisation, migration pattern, life in early Singapore, traditional cures and flavours of regional cuisine.

The Philatelic Museum is located along Coleman Street. Admission is $6 for adults and $4 for children.