You will defintely look forward for this year National Day Parade and Jubilee weekend. Singapore celebrate its 50th birthday at the Padang with a Golden Jubilee Parade; the site of many historically significant moments over the years, including the declaration of Singapore’s independence. This year’s National Day Parade promise a bigger celebrations up to date. To allow more Singaporean to celebrate our Golden Jubilee, the NDP 2015 Executive Committee will be setting up multiple celebrations sites around Marina Bay on 9 august 2015. This includes eight prominent locations around the Bay (The Float @ Marina Bay, Marina Bay Sands Event Plaza, MBS Event Sqaure, The Promontory @ Marina Bay, Merlion Park, Esplanade Theatres by the Bay, Singapore Flyer and Marina Barrage), where large LED screens will broadcast the NDP from the Padang “live” on 9 August. Furthermore, you can travel on trains and buses on for free during National Day this year! There is no reason why you should be staying at home during the National Day!

I got the chance to watch the NDP 2015 preview at the The Float @ Marina Bay, jointly organised by SAFRA and People’s Association. This year theme, Majulah Singapura (Onward Singapore!), taken from our national anthem calls on Singaporeans to reflect on what we have achieved over the last 50 years and anticipate our bright future together as one Singapore.

The Red Lions will be executing their jump and making their much-anticipated entrance at the historic venue of the Padang.

This year’s Aerial Display segment will feature 50 aircraft – the largest number to participate in the NDP at the Padang –with the execution of unprecedented aerial manoeuvers. 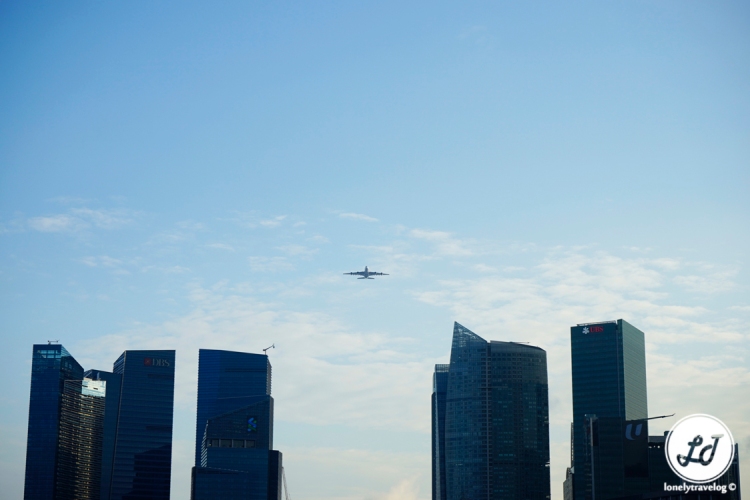 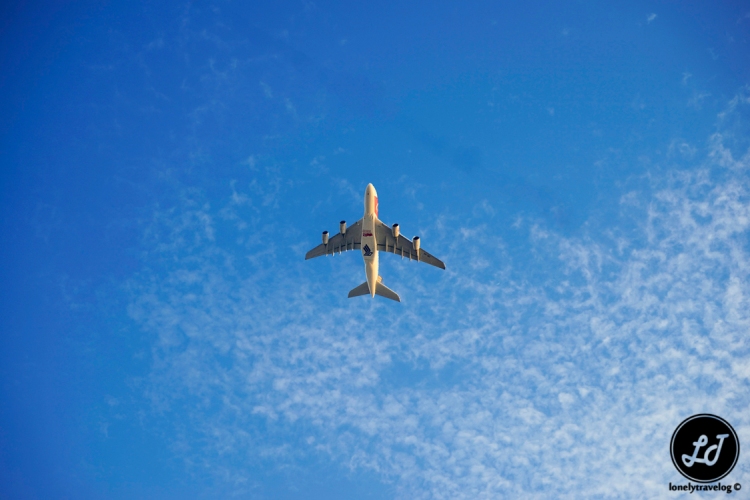 This is the first time in history Singapore Airlines participating in the NDP flypast. The A380 in special livery, featuring a 10m-tall and 47m-long Singapore flag-themed design on both sides of the fuselage, with the official SG50 logo on the inboard engines and the NDP 2015 ‘Majulah Singapura – Our Golden Jubilee’ logo on the underside. 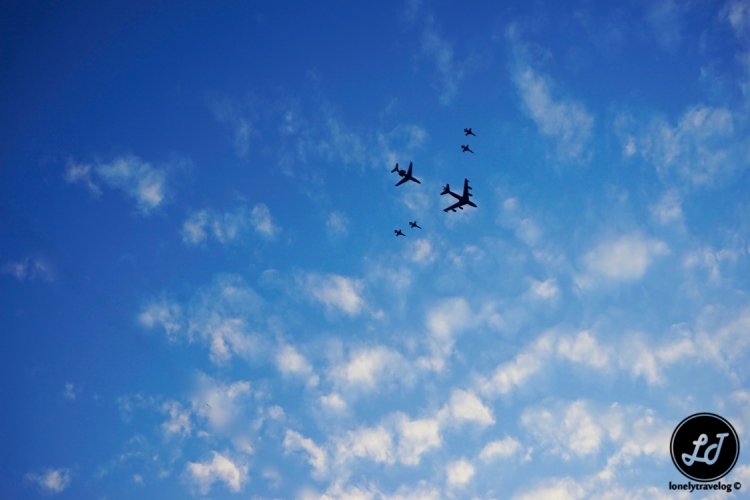 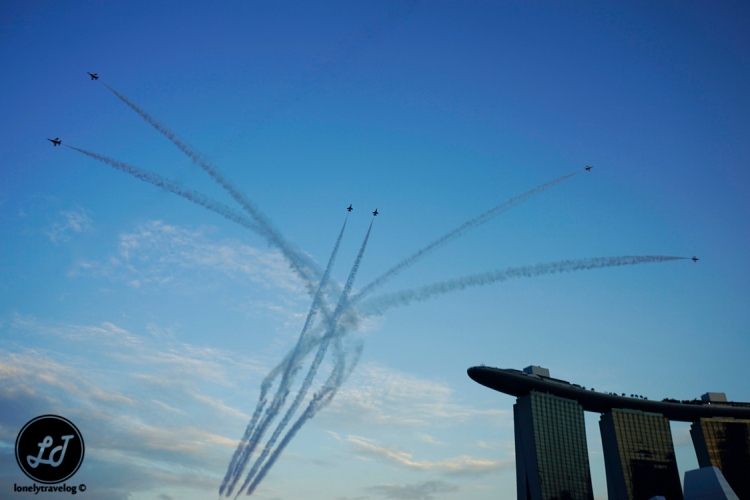 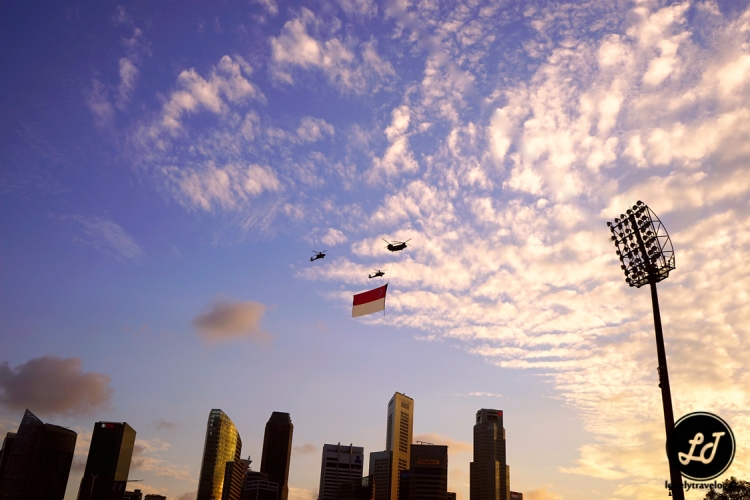 After rolling past the Padang, a section of the Mobile Column made up of 28 vehicles will form the Celebrations Trail pass The Float. This include crowd favourites such as the Leopard 2SG MBT, Armoured Recovery Vehicle, Bionix II Infantry Fighting Vehicle, Bronco All-Terrain Tracked Carrier, Terrex Infantry Carrier Vehicle and Light Strike Vehicle Mark II.

Fireworks will shoot out of seven high-rise buildings around the Bay area, including, for the first time, the Adelphi and Swissotel. The other buildings are Suntec Tower 1, Pan Pacific Singapore, UOB Plaza 1, Republic Plaza and the Maybank Tower.

Anyone around the Marina Bay area will have a 360-degree view of the spectacle, whether from the Padang or Floating Platform.

This year’s National Day fireworks display promises to be the biggest in its history, with twice as many used during the 2014 NDP.

Short video of the fireworks. 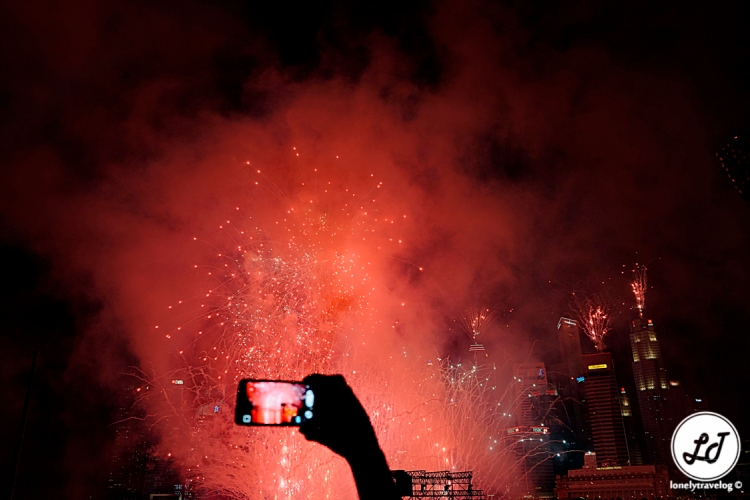 The Fullerton Hotel Singapore has lined up a dazzling nine-day tribute for Singapore’s 50th birthday. Every night from Aug 1 to 9, an 8-minute long music and visual display entitled “A Celebration of Our Heritage” will showcase iconic moments that took place at the Fullerton Square, including scenes from the election rallies during Singapore’s development years. 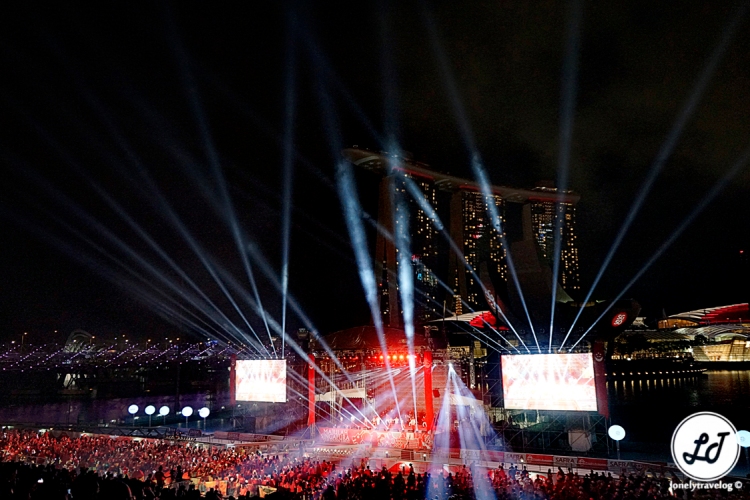 This is by far the grandest National Day Parade in history not to be missed on 9 August 2015!