To infinity… and beyond! Disney and Pixar’s Toy Story characters takes the center stage at the annual Children’s Festival by Gardens by the Bay. The Festival is part of the three-year collaboration between Singapore Tourism Board (STB) and The Walt Disney Company Southeast Asia (Disney) to provide unique and fun experiences at Singapore’s attractions and precincts, themed around Disney’s popular stories and characters. Here’s what you can expect at the festival.

Kids get to help the characters in a series of rescue missions.

Happening twice every hour, visitors can gaze up to two of the Supertrees and follow the 1.5-metre-wide marble as it weaves around the towering structures and travels along the track that spans approximately 150 metres.

Remember to catch Disney.Pixar’s Toy Story 4 inspired-edition of the Garden Rhapsody. Get ready to fly to infinity and beyond with the beloved characters as they appear on fluffy clouds amongst the Supertrees. 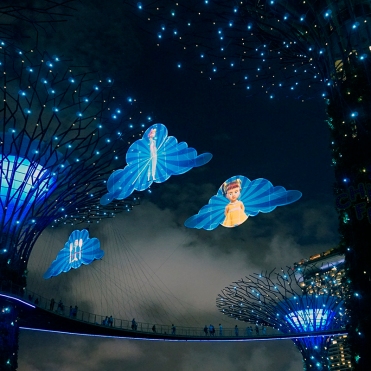