I took a midnight flight to Seoul. I was hoping for a korean girl to sit beside me but unfortunately the flight was kinda empty. The good thing is, I have enough room to stretch and sleep. After 6 hours, as the sun about to arise, I finally reached Incheon International Airport. Once touched down, SQ girl announced outside temperature was -6 degree!! I could feel the coldness when I step onto the aerobridge. I’m pretty much excited to get off the plane by then.

As the gate is further apart from the concourse, one has to take a train which sound kinda hassle especially for connecting flight. 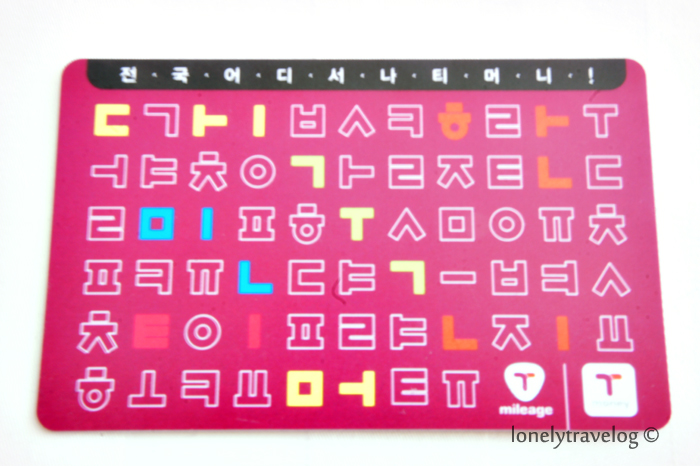 T-Money Card is recommended to buy with you are traveling using subway and bus. You can save up 100won for each subway trip compared to single entry ticket. Each card cost 2500won which can be bought at convenience store such as 711. You can top-up there as well. Refund of the card can be done at Incheon Airport only.

From Incheon Airport, there are different means of transport. Taxi to Seoul will cost you at least 60,000won. Since I had bulky luggage to carry, I took a KAL Limousine bus instead. KAL limousine is a bit pricey than the Airport Limousine but their bus are newer and comfortable! You can alight depends on the location of your hotel (Do your research). Example, I stayed somewhere near Grand Ambassador. Alight there and hail a taxi. Each ticket cost 15,000won. Buy the ticket at KAL counter only and not the airport limousine counter. Then again, if you have 4 pax traveling together, do take the taxi instead.

Depends on traffic condition, From Incheon to Seoul takes at least an hour to reached. 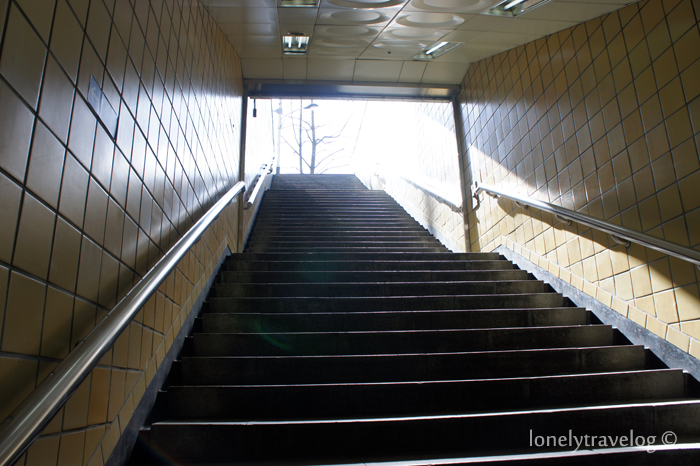 This is the reason why taking the subway is a no-no if you carry a heavy luggage. Certain stations has elevators and escalators but some don’t. No wonder the ahjussi has no problem climbing up and down the stairs because they do it daily to commute. Start train climbing the stairs before coming to Seoul!! 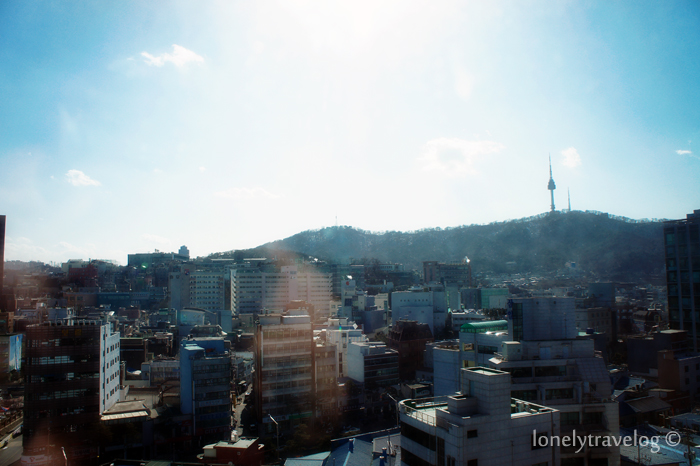 Once I reached the room hotel, I was mesmerised by the Seoul Tower view!!

Just a few walk from the hotel, Chungbu Market. Most shop sells dried fish, vegetables and other dried stuff. That’s where the Koreans gets their groceries from. Jungbu Market opens at around 3 to 4 a.m. as a wholesale market for merchants, and as a retail market for ordinary customers in the afternoon. This market exist since 1950s You may be wondering why the hell I visit the market in the first place. The reason because I need to familiarised with the subway location. 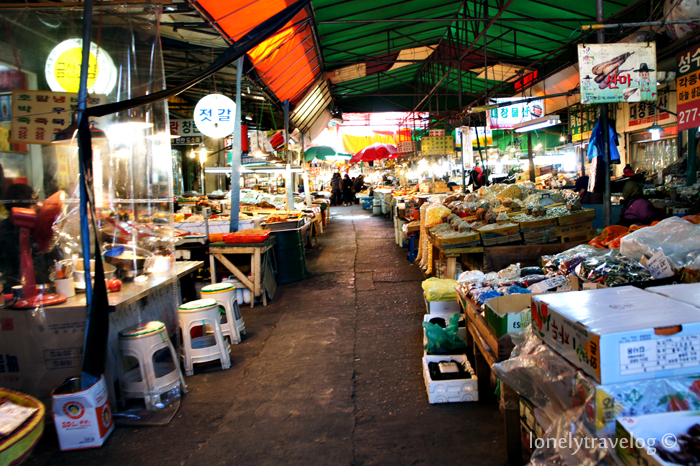 Getting to Chungbu Market, Exit no. 6 at Euljiro 4-ga station on line 2

Cafe is the best place to chill during winter season. Some of the well known cafe, Paris Baguette, offers variety of bread and cakes too.

I end this with the stunning view of Seoul Tower at night from the hotel window.