Ever since its arrival in September, Panda has been the talk of the town lately. For those who can’t wait for the giant pandas to make its public debut on Nov 29, here’s a sneak preview of the Giant Panda Forest, a part of the upcoming River Safari, located in between Night Safari and Singapore Zoo. As the name suggest, the forest features the two pandas, Jia Jia and Kai Kai including other Chinese inhabitants of the park such as the golden pheasant and the red pandas.

I believe giant pandas are among the world’s best loved animals. Climate change is likely to decimate bamboo populations in the forest of China that serves as home for the wild giant pandas. Thus, their habitat may vanish near future. As part of panda conservation, and raising public awareness of the endangered species,  the two pandas are here to stay for 10 years in Singapore. 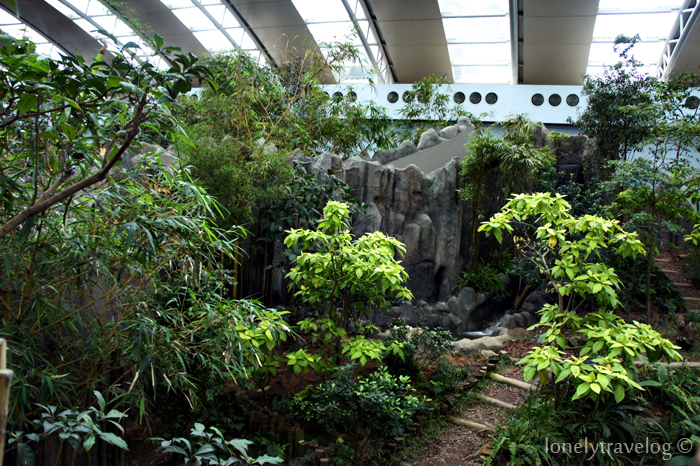 RWS states that The Giant Panda Forest is 1,500 square-metres big and is the largest of its kind in South East Asia.   It simulates the natural habitat of the bears with lush live plants, boulders and water features.  The temperature is also kept between 18 to 22 degrees Celsius and at a 50 to 60 per cent humidity level. The environment somehow gives me a cold chill when I was inside the conservatory. 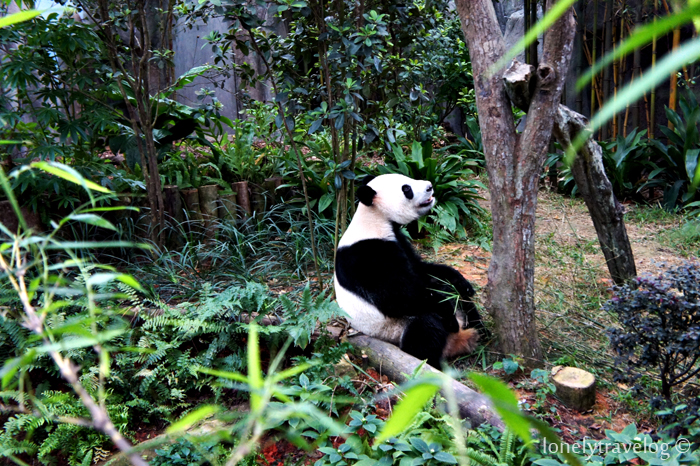 Meet the four year-old male panda, Kai Kai. Looks like he settled pretty well into his new home. I guess Kai Kai is able to adapt with the state-of-the-art bio-dome designed and landscaped that simulate natural habitat in the rugged highlands of China. 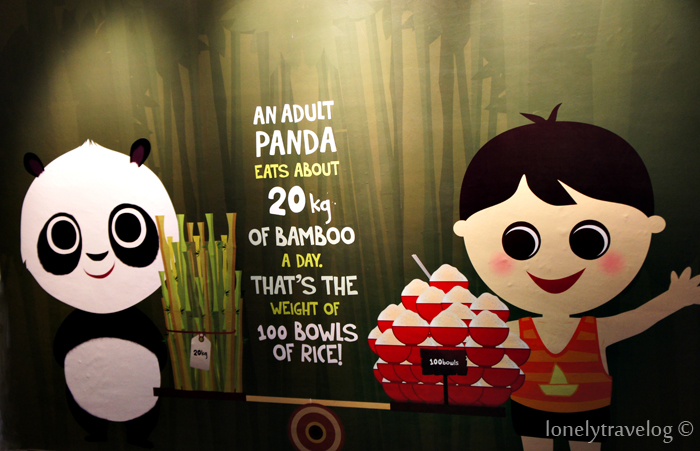 Above is the fact regarding Panda diet. FYI, Pandas cannot see very well because they spend much of their time in bamboo thickets that resemble the interior of corn fields, even if they could see well they could only see about five feet in front them.

Having skinny dipping in a private pond

Jia Jia munching on the leaves. Panda daily routine consists of laying around and eating, falling asleep and defecating up to 50 times a day. I think they spend 98% of their time eating or sleeping. The other 2% is spent on wondering and enjoying. Life is good and I’m not surprised they look plump. Ironically, they only sleep in two to four hour stints.

Nomnomnomnom! How can anyone not recognise Panda with its notable distinctive black patches around the eyes, over the ears, and across its round body.

Zoo keepers preparing the greens. Jia Jia & Kia Kia are separated at the moment. Perhaps, Panda are perceived solitary nature or both of them are too young to mate. 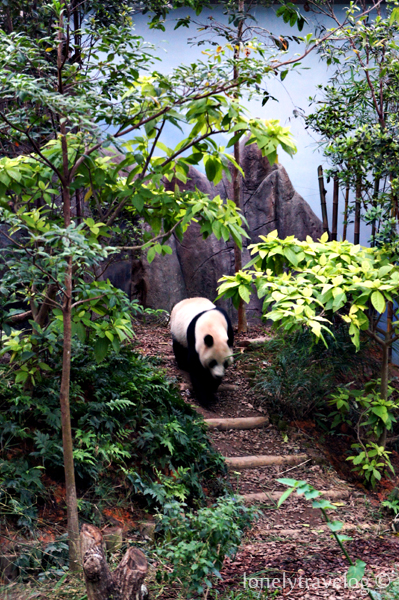 They look adorable sitting down and started munching on the greens. The average life span of a male panda in the wild is about 15 years. 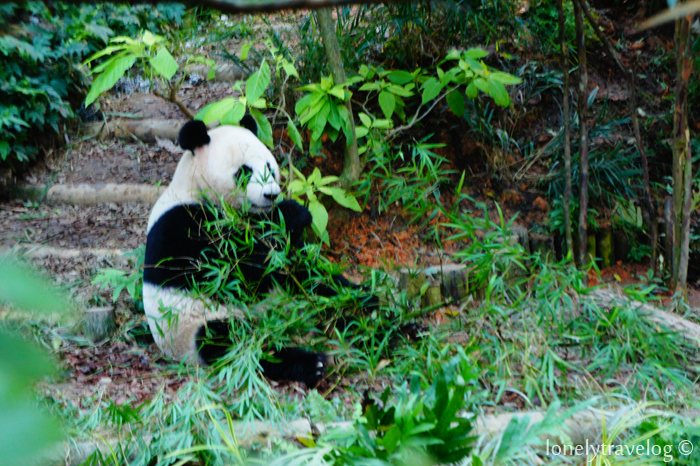 Fast fact, Pandas have a very strong bite force, higher than tigers or lions probably because they need a lot of force to bite through pieces of bamboo. 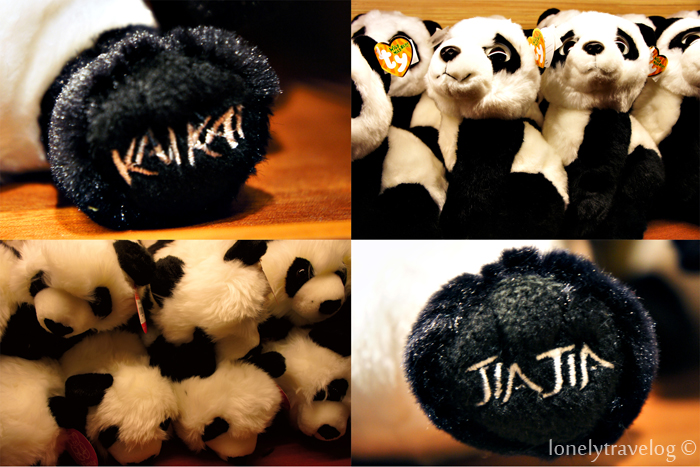 Souvenirs on sale! If you really want to see Kai Kai and Jia Jia end november, if you purchase a Singapore Zoo admission ticket, you are required a top-up fee of $5 per adult or $3 per child. Click here for more info.