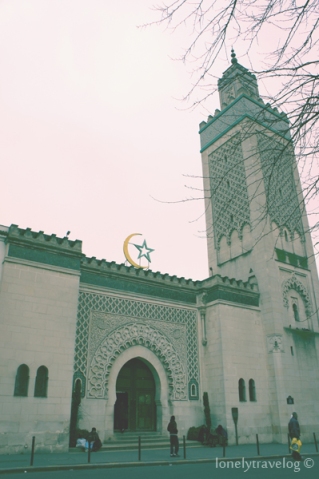 I have seen the magnificent Basilica of Sacre Coeur, one of the most beautiful churches in Paris. I am in search of where Muslims in Paris seek solace and tranquillity. Tucked among the buildings, located in the Fifth Arrondissement, right in the heart of Paris is a beautiful 20th-century Grand Mosque (Grande Mosquée de Paris). The third largest Mosque in Europe was built in 1922 to honour the North African countries that aided France during World War I. With its pure white marble walls and the green-blue roofs and tiles on portions of the minaret, the Mosque is a lovely sight to behold.

Besides a place of worship, Institut Musulman is a place of study and an influential voice in the French society. Non-Muslim visitors are most welcome to tour the Mosque for a small fee every day excluding Friday. Please be modestly dressed before you enter the Mosque.

Overlook the entrance of the Mosque is its pristine garden, trees and fountain. 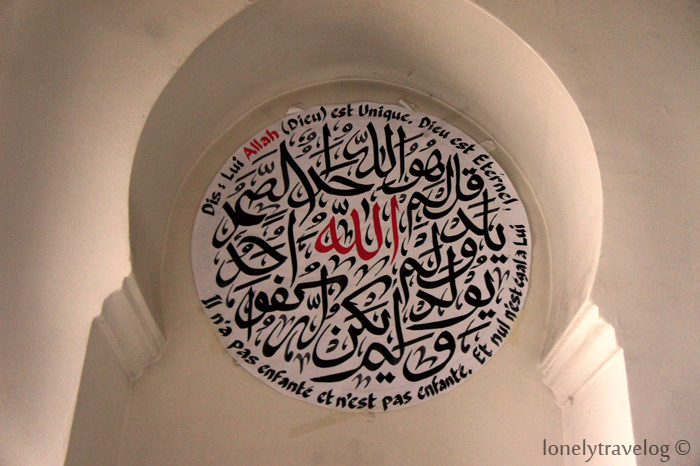 The Mosque is the testimony of the 150 year long presence of the Muslim faith in Paris and France. 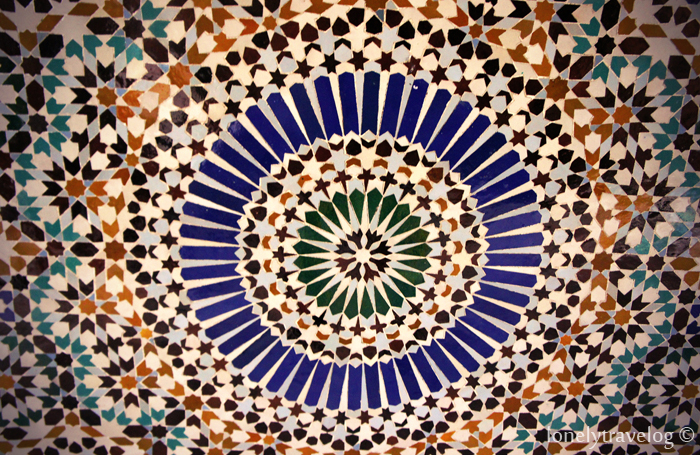 These beautiful mosaics were inspired by one of the largest mosques in Morocco. The mosaics were completed by artisans from North Africa using only traditional materials.

It is estimated a total 5 to 10% of the French population are Muslims and majority of the community have North African roots.

Ablutions fountain located at the courtyard.

The Mosque was built by the Arabs and inspired by the famous Alhambra mosque located in Spain and in turn it has a Spanish, Moorish style. Beautiful mosaic tile adorns the inner foyer of the Mosque.

Tourists can visit the public spaces anytime, but the areas for prayers and sermons are restricted to Muslims. 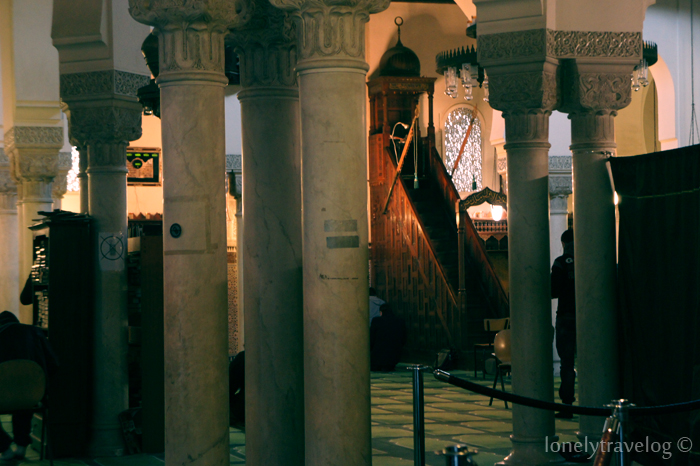 The Prayer Hall. Far right is the minbar or pulpit whereby the imam (prayer leader) stands to deliver sermons during Friday prayer. 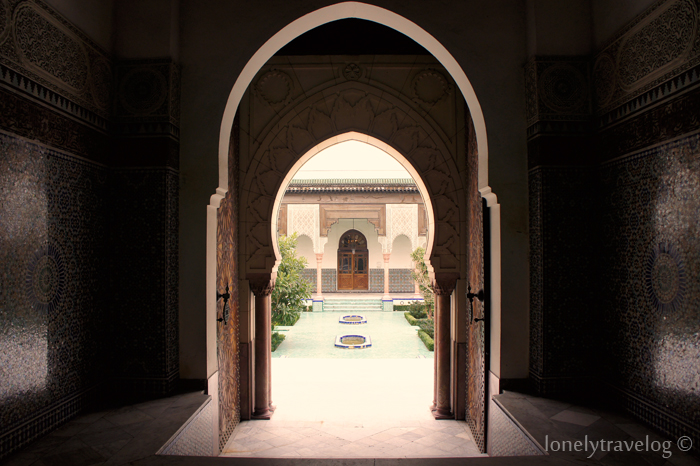 Entrance to the garden. 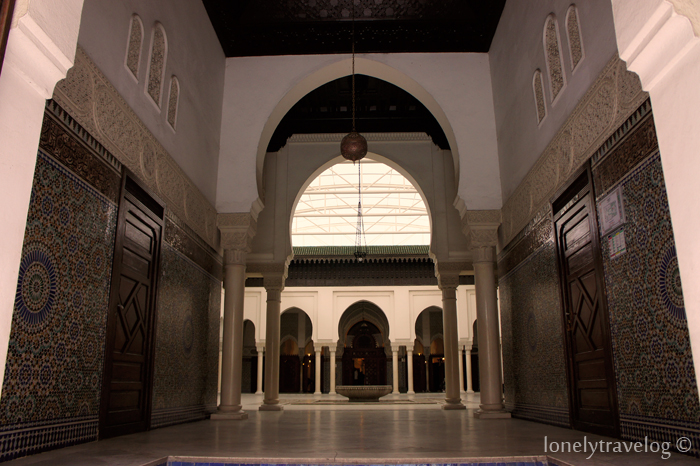 The mosque has a distinctly North African and Spanish style with a minaret that is 33 metres high, a crisp white exterior.

The nearest Metro (Line 7) to La Grande Mosquee de Paris is Place Monge. It is just a short walk to the Mosque.