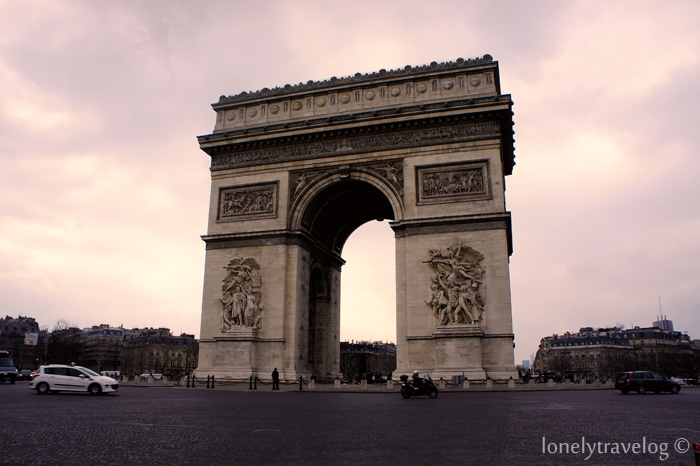 What makes Paris distinctive are the wide range of splendors and architecture marvels that the city preserves. Every turn offers different history and simply picturesque. You will never fail to notice the prominent landmark, the Arc de Triomphe that sits in the middle of the intersection Place Charles de Gaulle. This is a significant place in Paris history; evoking both joyful and dark historical memories. 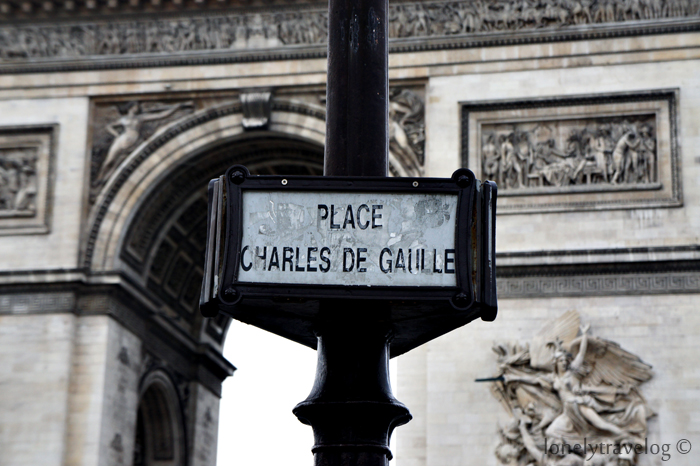 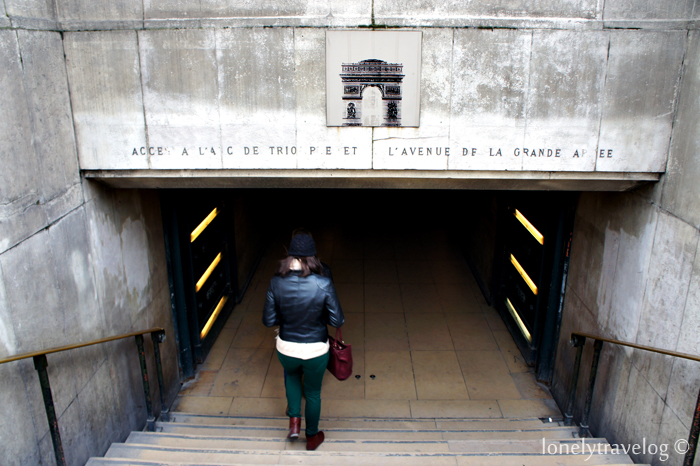 Don’t even think to cross the traffic-choked roundabout. Use the underpass from the northern side of the Champs-Élysées beneath the Étoile. 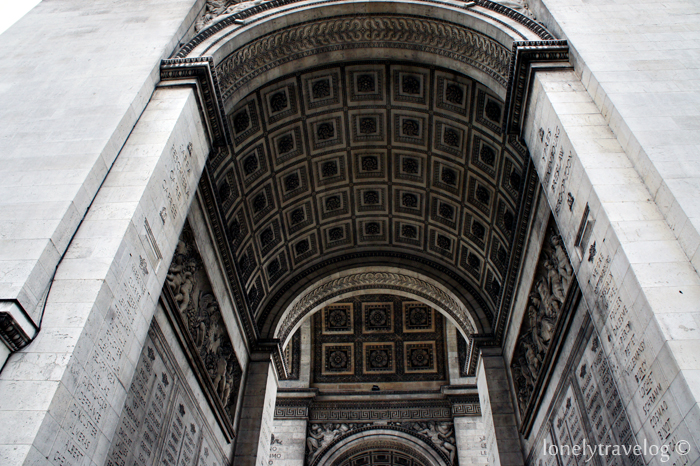 The Arch was built between 1806 and 1836. Even though there were many modifications from the original plans, reflecting political changes and power struggles, the Arc still retains the essence of the original concept which was a powerful, unified ensemble. 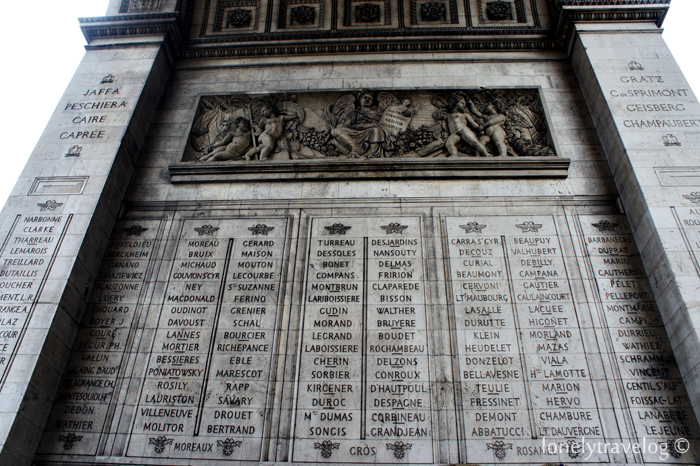 Beneath the arch at ground level lies the Tomb of the Unknown Soldier and engraved  names of generals who commanded French troops during Napoleon’s regime. 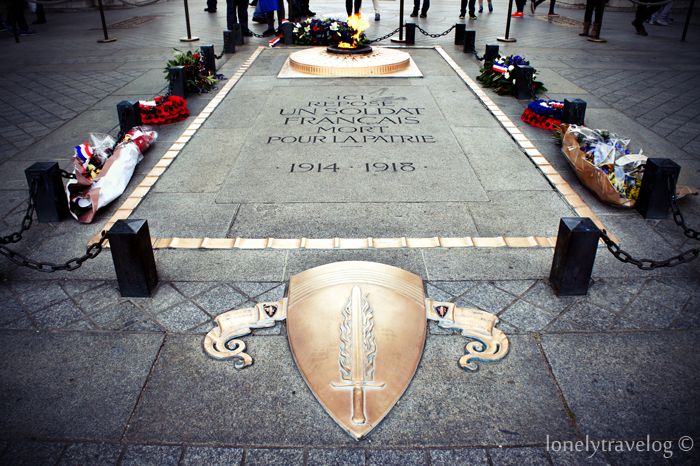 The colossal monument pays tribute to all who laid down their lives for France during the French revolution. 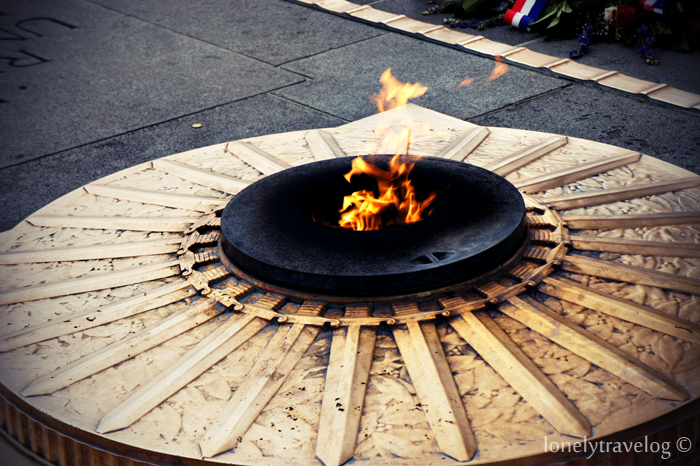 Since 1923, the Flame of Remembrance on the tomb of the unknown soldier is rekindled everyday at 6pm by war veterans and soldiers. 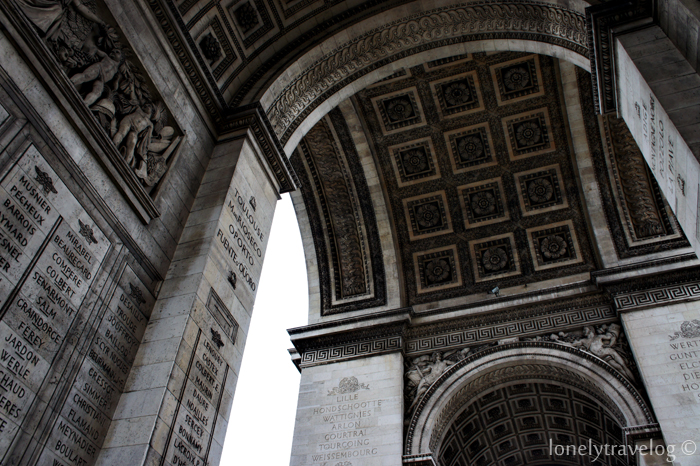 You have no idea how big the arch is until you see it with your own very eyes. 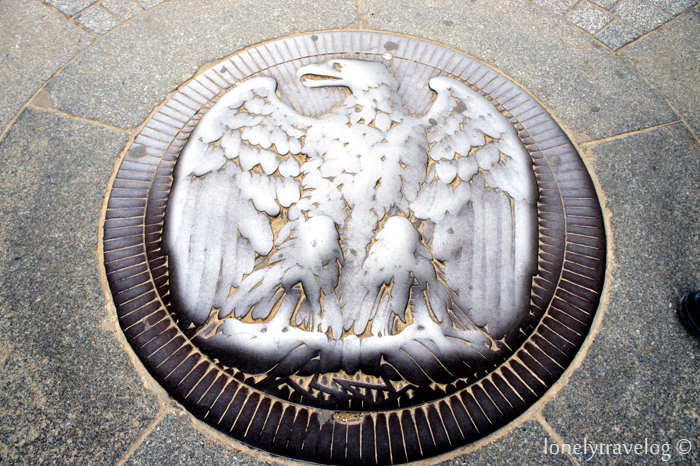 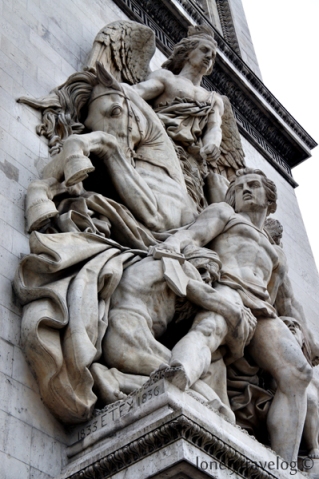 This Arc de Triomphe Crown relief depicts The Resistance of 1814. 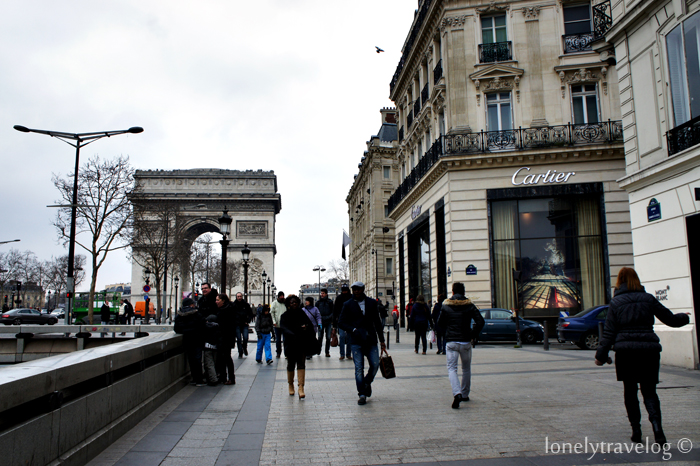 Champs-Élysées is arguably the most famous street and one of the most expensive strips of real estate in the world. The avenue is just metres away from the Arc. 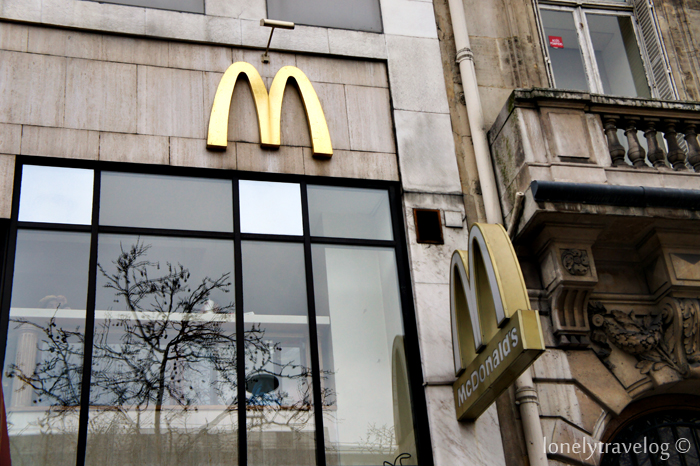 Anything pecular with the McDonald’s sign? Perhaps the colour? McDonald’s requires to adapt their arches with white and maintain a café ambiance. This is to ensure that it blend in with the architecture. 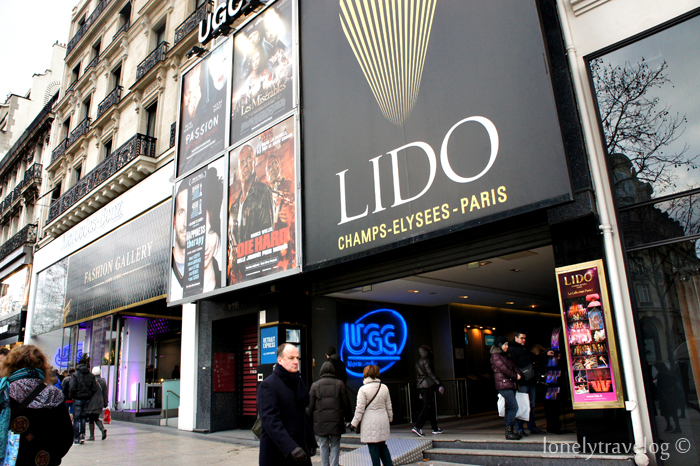 Champs-Elysées is bordered by cinemas, theaters, cafés and luxury shops. 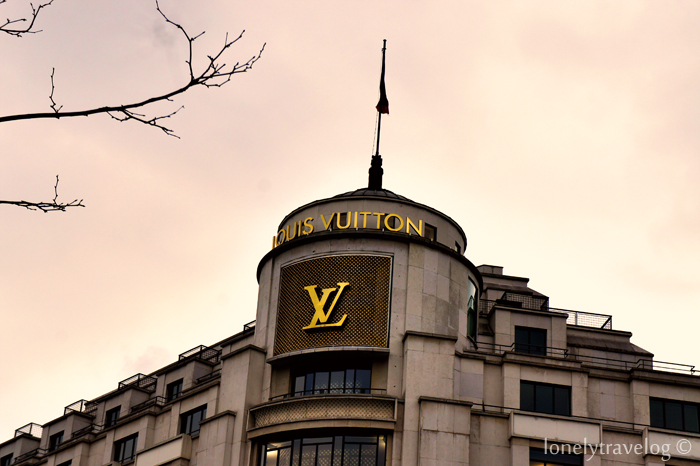 LV flagship store. Throngs of shoppers trying to get in! The nearest metro to Champs-Élysées and Arc de Triomphe is Charles-de-Gaulle-Etoile.