One of the Gothic masterpiece listed on the UNESCO World Heritage that worth the visit is the notable Notre-Dame Cathedral. The name will remind you of the classic romance; The Hunchback of Notre-Dame, a novel by Victor Hugo published in 1831. The epicenter of the novel, of course, is the Gothic cathedral itself. Like what Hugo would say; Love is like a tree: it grows by itself, roots itself deeply in our being and continues to flourish over a heart in ruin. The inexplicable fact is that the blinder it is, the more tenacious it is. It is never stronger than when it is completely unreasonable. This year the Cathedral celebrate its 850th anniversary!

The façade of the cathedral is simple, harmonious and sombre grandeur. It took 200 years to build between 1163 and 1334.

If you notice at the center of the façade, forming a halo above, stand a statue of the Virgin with Child between two angels.

The center entrance called the Portal of the Last Judgement, heavily decorated with statues. 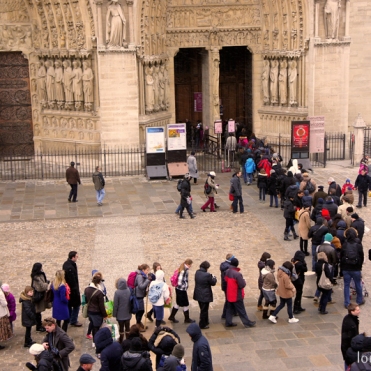 Needless to say, Notre-Dame throngs with tourists all year round and expect snake queue to enter the cathedral. The nearest Metro to the Cathedral is Station Cité or Saint-Michel. 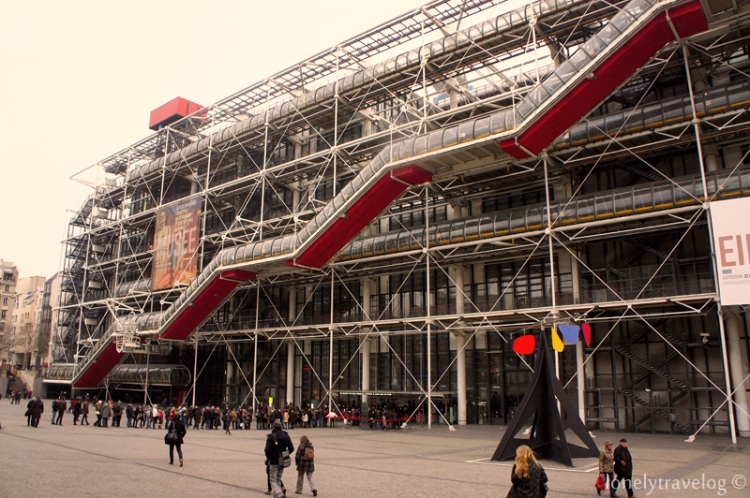 After my visit to Notre-Dame, I make my way to Marais district, the Centre Pompidou reveals its unique, timeless and modern architecture. The primary colours, exposed pipes and air ducts make the Centre Pompidou one of the best-known sights in Paris. If you are into modern and contemporary art, this is the place where you should be! 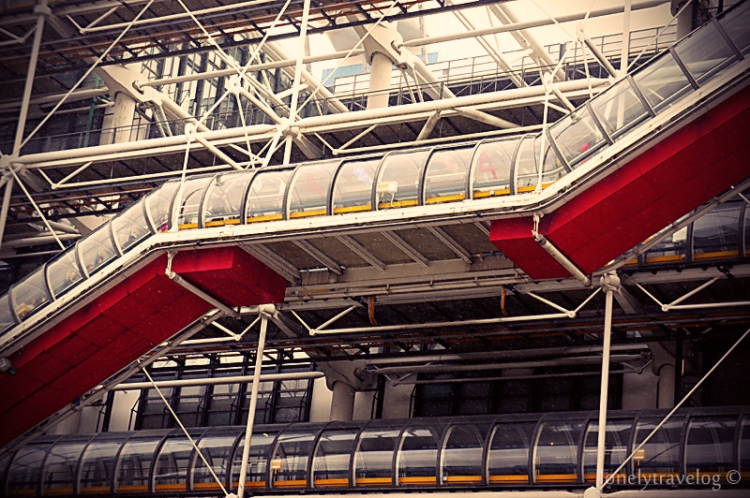 It all started In 1971, a competition for a new cultural center. The winning project, submitted by the architects Richard Rogers, Renzo Piano and Gianfranco Franchini broke with architectural conventions by moving functional elements such as escalators, water pipes and air conditioning to the outside of the building, freeing interior space for the display of art works. The building deemed to be very modern back then but I do feel the same till today.

The Shhhh! mural (or Chuuuttt!!! In French) was done by urban stencil artist Jef Aérosol. You can alight at Rambuteau or Hotel de Ville (Line 11); Les Halles (Line 4) for your visit to Pompidou.