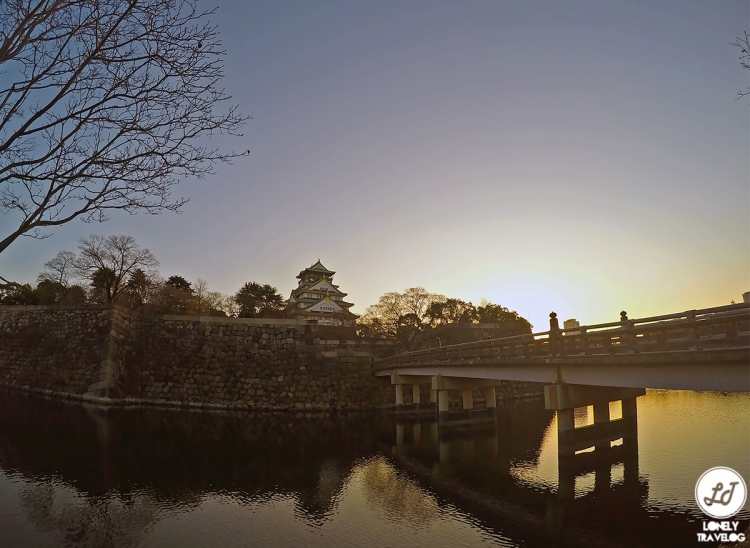 Osaka Castle is one of the prominent landmark in Japan. Built by General Hideyoshi Toyotomi in 1583 as a display of power after unifying Japan, the castle grounds cover approximately 15 acres. The surrounding park itself is a famous spot for Hanami season (Cherry blossom). I took the train to Osakajokoen Station which brought me to the northeast side of the park.

Getting to the castle from the train station can be an awful long walk but the greenery makes it a pleasant refuge from the concrete jungle. It took me about 15-minute walk through the park grounds to reach the castle tower. 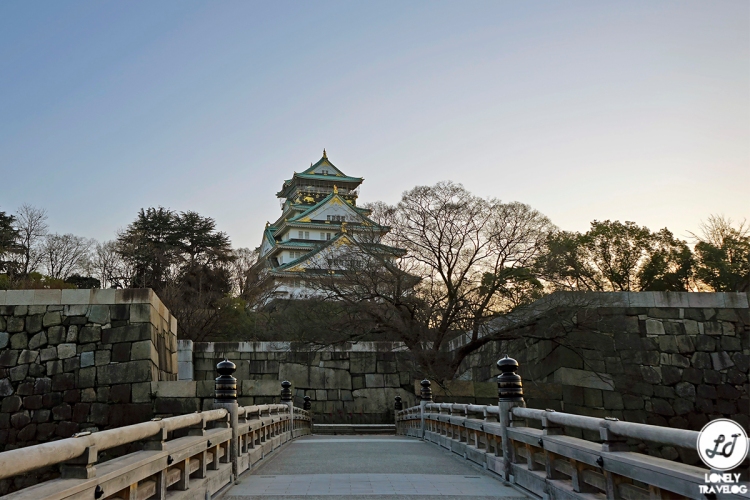 The 54-meter Gokurakubashi Bridge was built across the inner moat of the castle. The original bridge was burned down during the war and the current bridge was built in 1965 which is known for its loose arch. I arrived in the evening as the sky had begun to change into a multicolored canvas. The main tower looks stunning from the bridge.

The castle tower houses a museum with over 10,000 historical artifacts but sadly it was closed when I was there.

The Osaka Castle Museum open daily from 9am to 5pm (600 yen admission). Please note that the museum closes from 28 December to the 1 January yearly.

The five-storey main tower exterior is covered in gold leaf and ornaments. Don’t be surprised to see an elevator in the tower!

The castle glows brightly at night. I bet you can catch a breathtaking 360-degree views of the surrounding areas and cityscapes at the observation deck.

The present structure is actually a 1931 reconstruction and later refurbished in 1997. The tower we see today has been replaced with the iron reinforced concrete instead of wood. 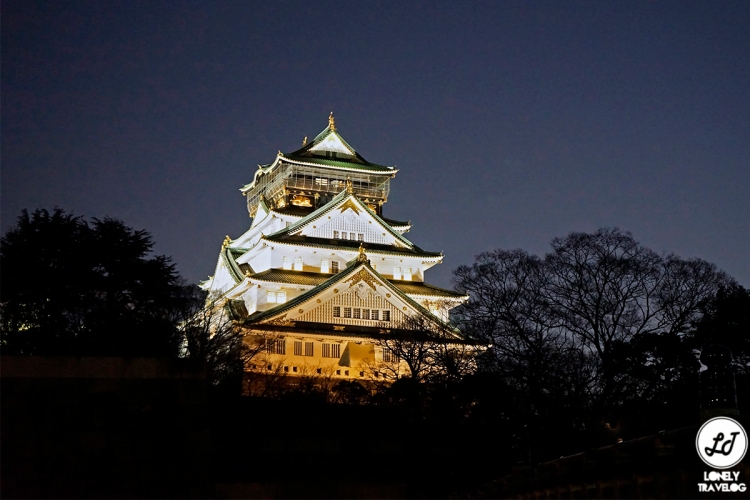 The Osaka Castle today is a symbol of the city’s pride. For first-time visitors to Osaka, this castle is an absolute must-see destination!