Countdown 2013 is merely 19 days away. Have you done your part by jotting down your wishes on the wishing spheres? This is a yearly tradition in conjunction with the Marina Bay Singapore Countdown 2013. Every accomplishment starts with the decision to try and every aspiration needs a resolution to turn into reality.  New Year resolutions are not just rituals that are discarded away as the year progresses. Keep your resolutions realistic, attainable and measurable within a specific amount of time. Instead of mulling the same unachieved resolution of the past year, kick-start the New Year by modifying your resolution or with a brand new resolution and have a systematic plan to make it work. Ultimately, with this year theme: Gratitude, may help to set your desired resolutions. 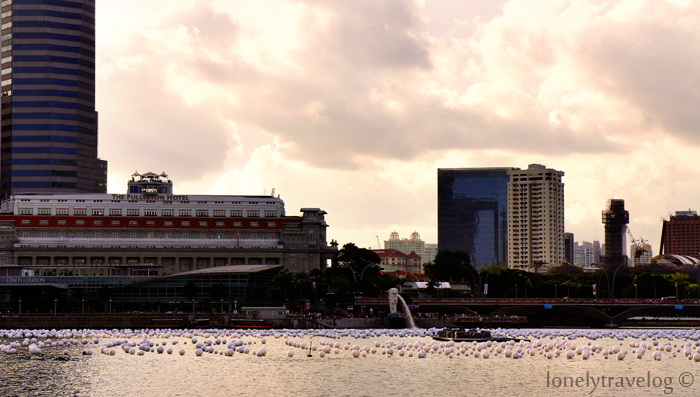 Believe it or not, a staggering 20,000 wishing spheres will be placed afloat on the waters of Marina Bay, the Bay of Hope and Light as part of the visual arts installation to usher in the New Year.

I was at Millenia Walk wishing station during the weekend to soak in the atmosphere. Manning the station were two very friendly, bubbly and approachable wishing spheres ambassadors, Jesse and Hannah (I hope I got their names right) for allowing me to stick around their wishing station and observe the wish making in progress. 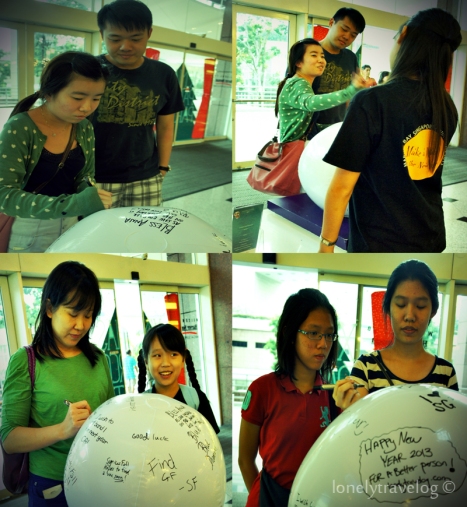 Passer by’s, shoppers, parents and children were eager to pen down their wishes on the spheres. FYI, the spheres are made of inflatable plastic and hence making it portable to transport them from the wishing stations to be ‘installed’ at Marina Bay.

For those who are environmentally conscious, the permanent markers used to pen down wishes on the wishing spheres are non-toxic and free of chemicals. Thus, the ink in the markers does not affect marine life or cause the quality of the water to be tainted. In fact, the materials that made up the spheres and the ink from the permanent marker have been approved by PUB for safe usage.

Snippets of wishes I find interesting. Can you spot mine?

I also managed to visit an outdoor wishing station located at The Esplanade too, just behind the Outdoor Theatre.

Good news for those who think that the wishing stations are only located in town, organisers are bringing them closer to the heartlands with 7 new wishing stations across Singapore which brings a total of 27 locations. Refer to the table below for more information.

For those of you who are often busy on the go, why not take a minute or two to pen down your wishes for 2013 on the virtual Wishing Spheres using your smart mobile devices instead. If you have not done so, do ‘like’ the Marina Bay Singapore Facebook page for the latest updates happenings lining up to usher in 2013.