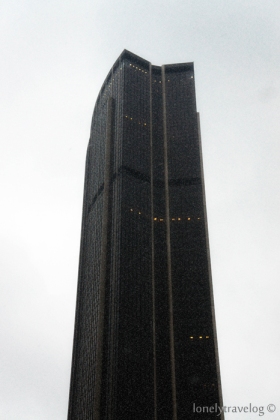 A large number of stores are shuttered on Sunday, making the museum the best spot for the crowd to visit. I decided to visit Tour Montparnasse instead, a  popular observation building set aside the Eiffel Tower. The tower, built in 1973, was one of the first tall skyscrapers in Paris. Nothing special about its architectural style but like any other building such as the Empire State Building in New York or Petronas Twin Tower in Malaysia, Tour Montparnasse offers unrivaled views of the city below. This was a much more relaxing experience than the over-crowded Eiffel Tower.

I took the Metro and alight at the Montparnasse-Bienvenue Station. The entrance of the observatory is a short stairs up, located right behind Galarie Lafayette. As I expected, NO QUEUES! Discounted admission were given instead the usual of €13.50 because the visibility was poor and it was snowing at that moment. 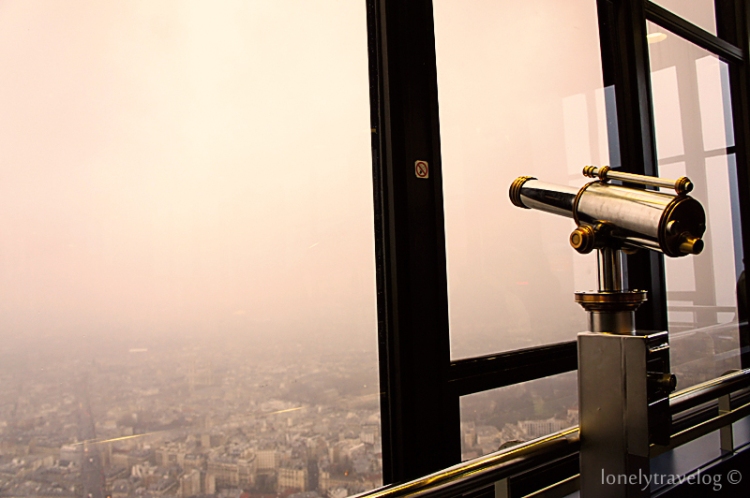 In just 38 seconds, Europe’s fastest elevator will take you to a height of 689 feet (210 meters) or level 56, where the most beautiful view of Paris stretch out before you from a modern, relaxed and very comfortable setting. 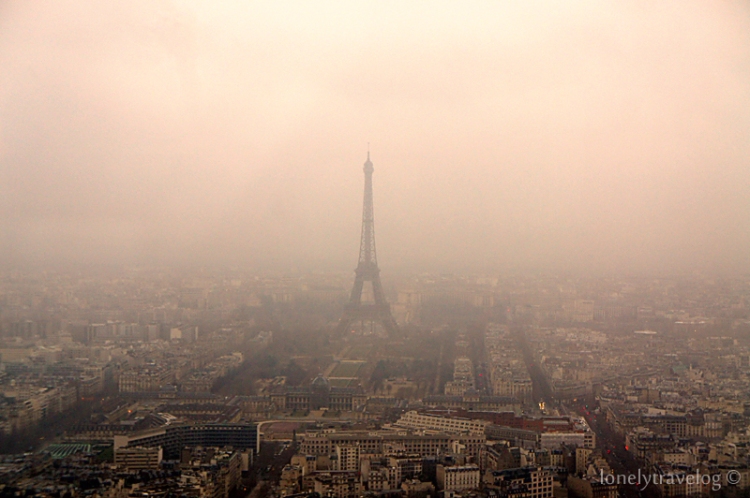 The 360-degree views are phenomenal which include the Eiffel Tower from far. 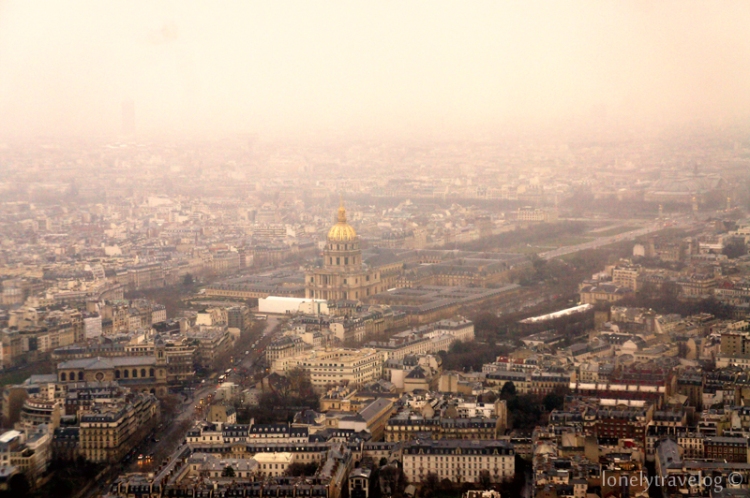 From the 56th floor you will marvel at the only view of Paris which embraces all its monuments. One word, Magnifique! 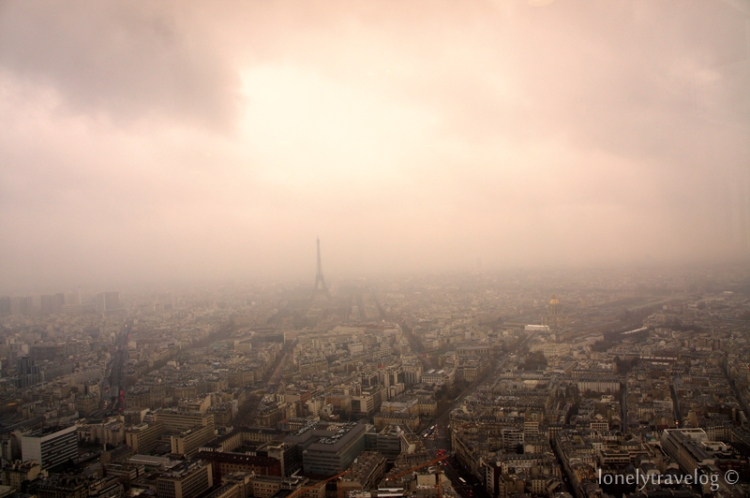 The only downside was that the weather. While I could still see the city, the view was not as clear as I would have hoped. 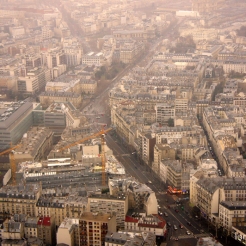 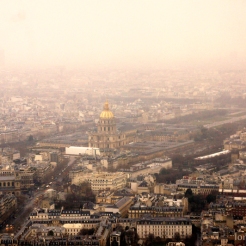 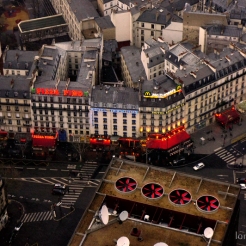 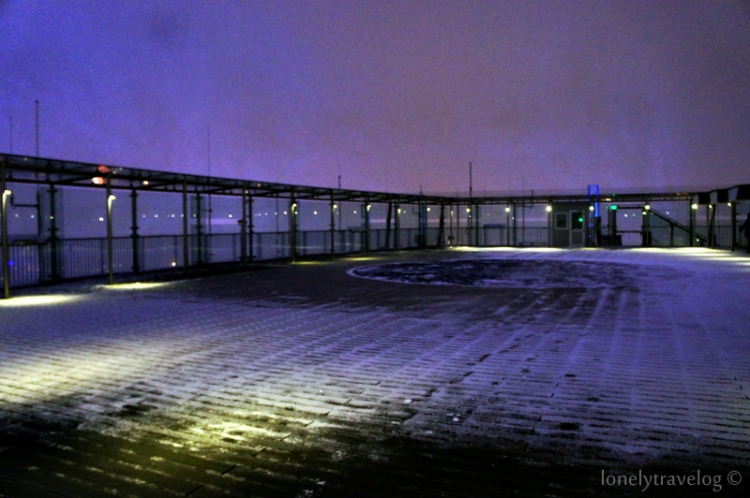 The terrace on the 59th floor allows for an incredible unobstructed views of Paris. Then again, my only complaint was the vision partially obscured due to the weather. 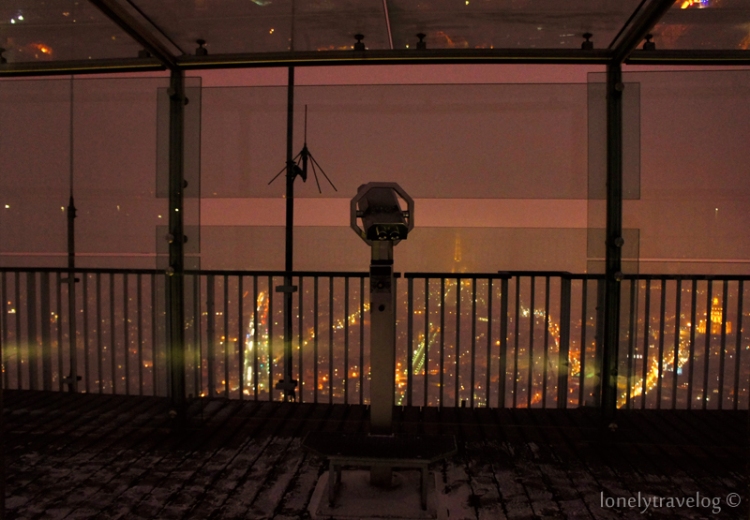 Chilly but that does not deter me to view the city of light. 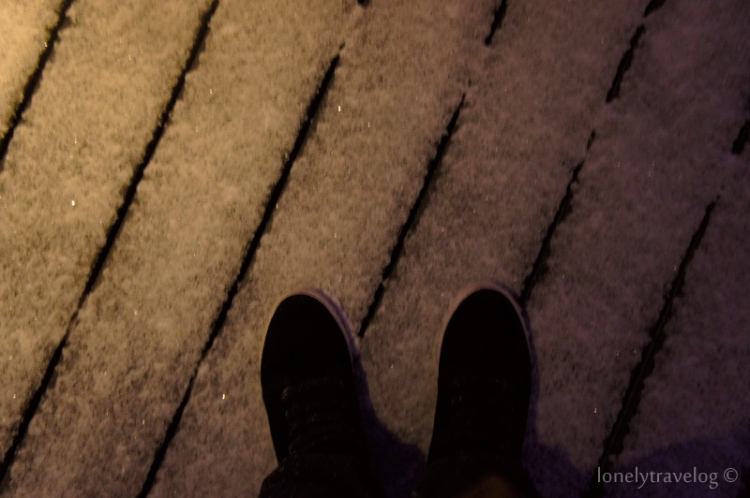 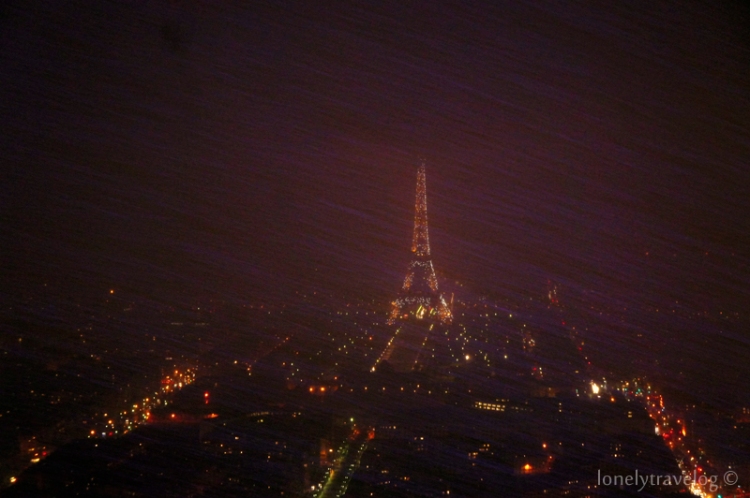 See if you can spot the Eiffel Tower? In a nutshell, the view of Paris from high up is an experience not to be missed! Perhaps, it is a good start or end your stay in Paris.