Montmartre is one of the most recognisable distict in Paris that has long been known as the premier artist’s enclave in the city. The word Montmartre or “Mountain of the Martyr” was derived from the martyrdom of Saint Denis; the bishop of Paris who was decapitated atop the hill in 250 AD. Montmartre today still retained its village-like charm. 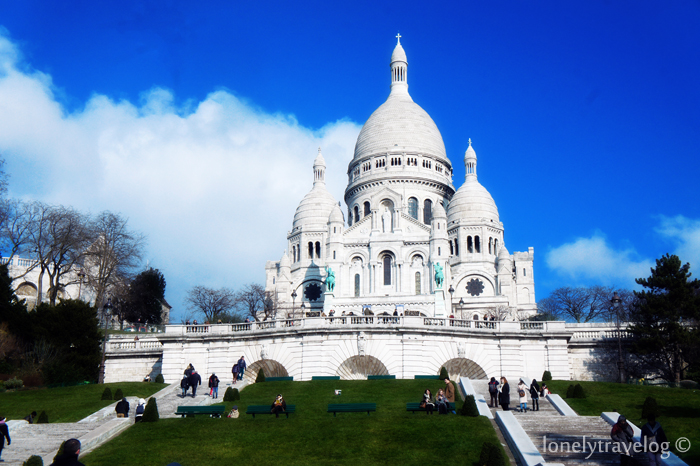 I took a Metro to Anvers station, step out into the heart of Monmartre and welcomed by the white beds of cotton nestles atop the blue sky. As I walked uphill on the cobblestone streets, it brought me to the Basilica of Sacre Coeur (Sacred Heart) that sits on the crest of the hill. I got to agree it is one of the most beautiful churches in Paris.  From a distance, the stark white domes are powerful and imposing. Alternatively, if you want to avoid the steep climb and the crowd, take the automatic funicular instead which takes about a minute or two to the top of the hill. Subsequently, it is recommended to climb up the stairs to enjoy the grandeur entrance.

Climbing up the steps while admiring the awe-inspiring Sacre Coeur 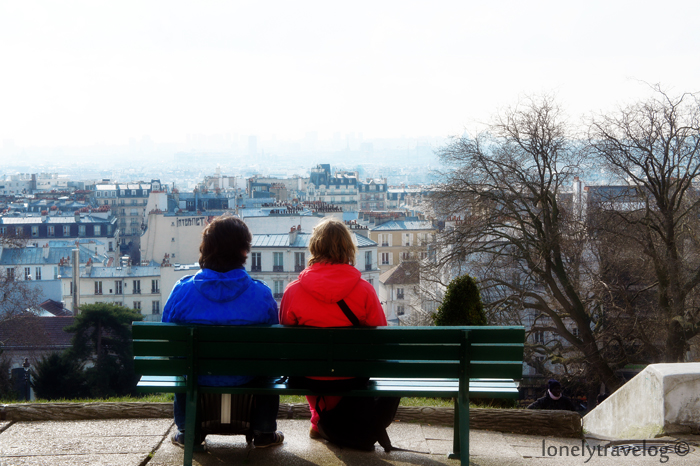 Best seats for the view of the Parisian city.

The art of busking in the freezing cold. 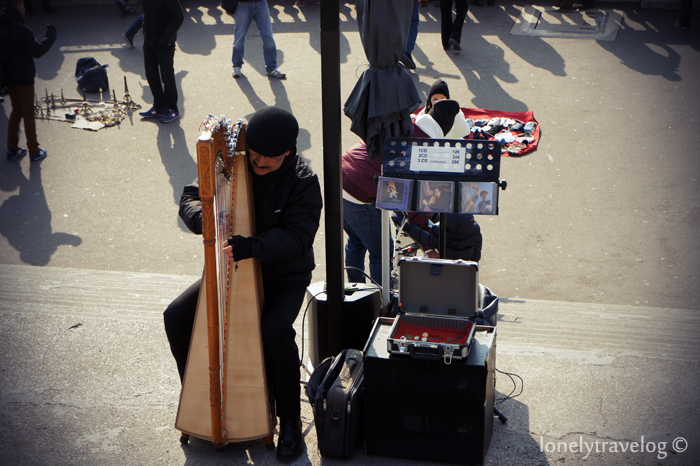 As I approached Sacre Couer, a musician playing his harp under the steps of the structure. A soothing and pleasing sound to one’s ears.

The hill boasts an amazing view of Paris from the stone look out below. Sign of relief that I had traveled to an impressive perch.

Look out point at Montmartre Hill.

The magnificent façade of the century old church and throng of visitors making their way into the church.

The interior architecture of the church is indescribable. I did not shot any photos as photography is not allowed and I respect that.

Back alley of the church.

Place du Tertre is basically an artist square to showcase their art which is a few streets away from Sacre Coeur. In early 20th century, Pablo Picasso and many other pennyless artists were living close to Place du tertre. You will find many artists propose to paint your portrait on the spot. This area is also the best place to get souvenirs as well. 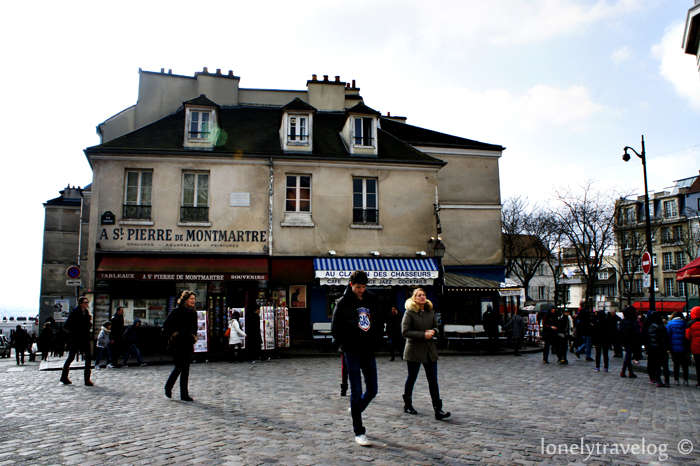 The profusion of small stores. 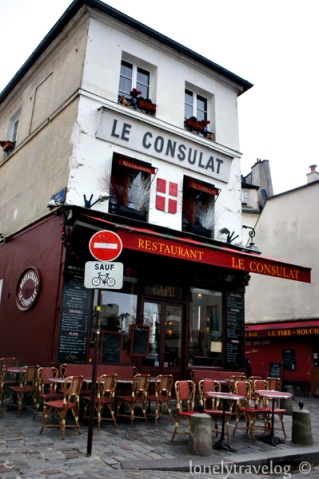 I make my way down to Rue Lepic to the famous Moulin Rouge building. 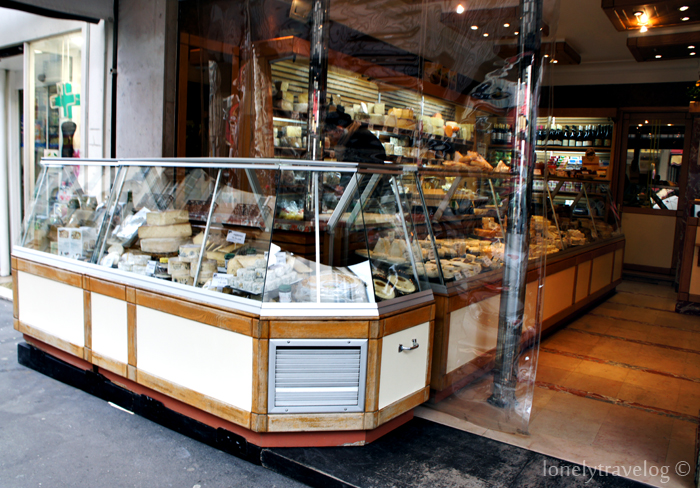 I walked past a couple of stores. The whole shop, full of cheese. Of every description, size, ripeness and flavour.

The windmill Moulin de la Galette, a monument also known as Blute-fin which was built in 1622.

The famous red wind mill that sits on top the building, Moulin Rouge is the historic location of the original can-can dancers. There are many movies made to showcase the Moulin Rouge and its culture. For instance, Moulin Rouge! in 2001 starring Nicole Kidman and Ewan McGregor. If you have not catch this movie, it is worth watching.

Painting of the can-can dancers. Fabulously costumed beautiful dancers, glitzy in rhinestones and feathers, kick up their heels to the regular delight of audiences. 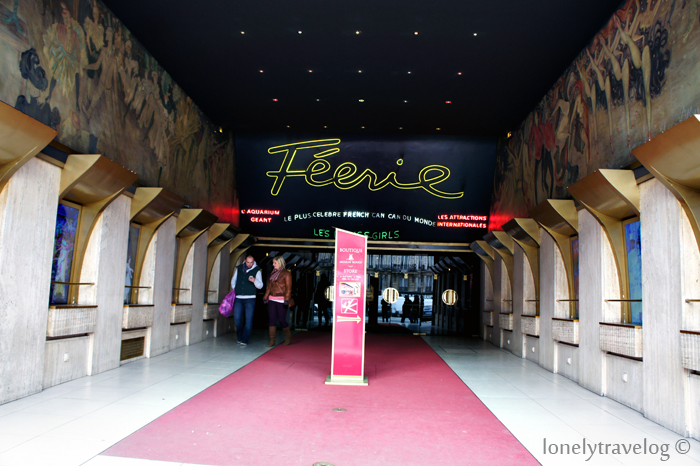 Entrance to the Moulin Rouge. This place get lively at night.

The nearest metro to Moulin Rouge is Blanche. The prominent building is just across the metro station.

It has been a year since I started this blog. I am proud to reveal that Lonely Travelog Facebook page is up and running. Please do ‘like it’ and ‘share it’.